A Fresh Framework – The Feminism of the Abolition Movement 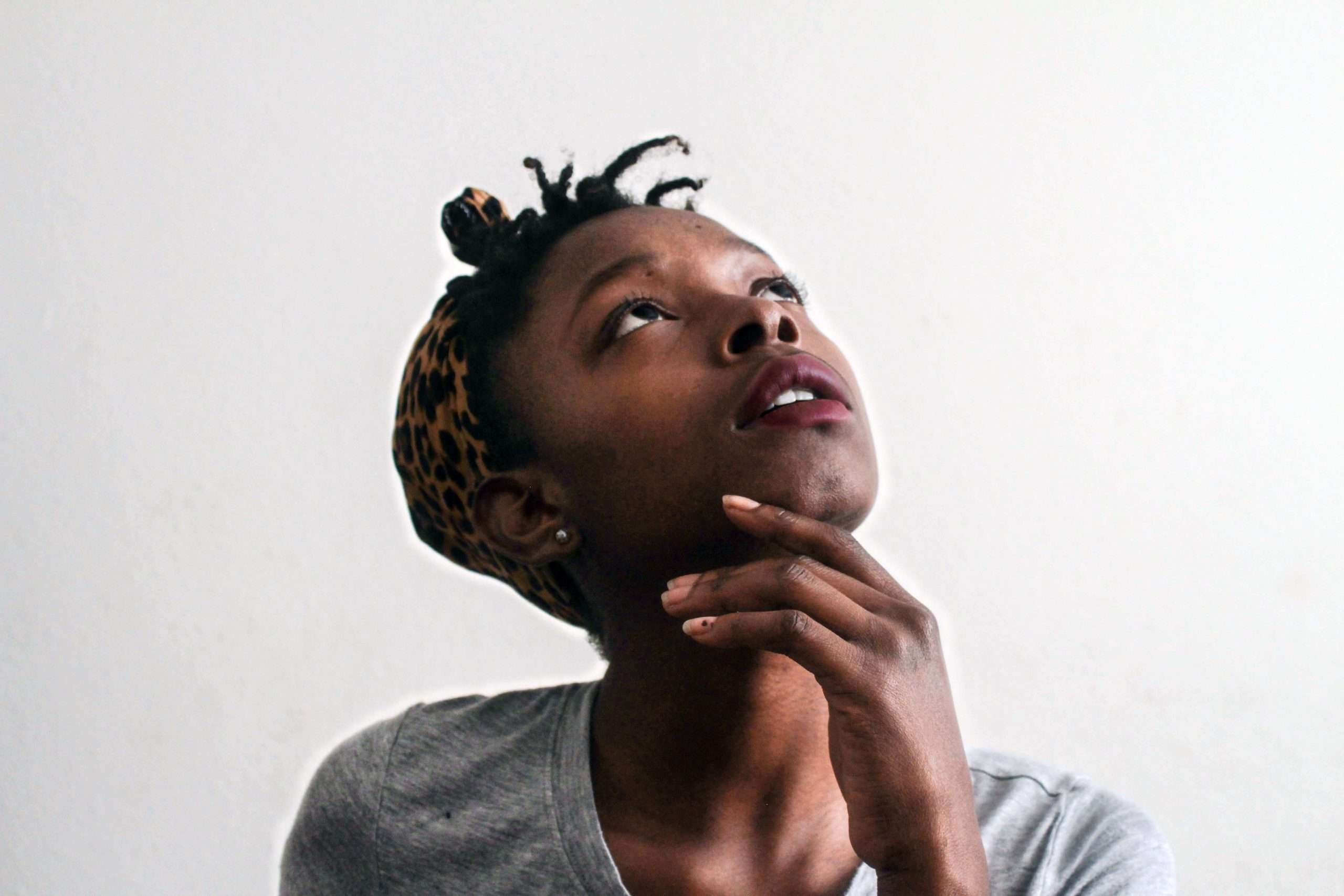 While weeks of protest sparked by racist police killings continue to rock all 50 states, police violence in the United States has come under international criticism. The incessant murder of Black and Indigenous people by so-called “public servants” has forced a conversation about whether the police force is a necessary service at all, and conversations about prison abolition have made their way from viral Twitter threads to the New York Times. After decades of work by revolutionary Black women like Angela Davis, Ruth Wilson Gilmore, and Mariame Kaba—who recently authored an op-ed in the NYT titled, simply, “Yes, We Mean Literally Abolish the Police”—it seems like the case for an end to the prison-industrial complex has finally made its way into the cultural mainstream.

As may be expected with an issue as controversial as an end to the justice system as we know it, there’s been no shortage of criticism. However, one especially infuriating argument has dominated liberal circles: “What will sexual assault victims do without the police?” The question, posited almost exclusively by white women (or those whose version of progressivism centers them), is a wolf in sheep’s clothing. It’s a microcosm of the white liberal tendency to masquerade anti-Black sentiment behind blandly feminist, purposefully inoffensive whataboutisms that are just progressive enough to shield themselves from criticism. The white liberal mindset has learned that no measure of anti-Blackness is unjustifiable if one can only figure out how to wrap it up in a pink, pro-woman package—but it’s time to pull the wool from over our eyes.

Despite the mountain of evidence pointing toward the fact that the police exacerbate harm to women and femmes, the sexual-assault argument has a way of persisting. At first glance, it can seem like a valid concern—especially to feminists and progressives who may otherwise support abolition—but upon further investigation, it’s part of a much larger (and far more dangerous) trend. For decades, white supremacy has found shelter behind the aesthetics of feminism, and the argument that sexual violence necessitates the existence of the police is just another example of anti-Black ideology commodifying feminist language to Trojan-horse its way into progressive discourse. White feminism has bastardized the women’s rights movement to justify racist and oppressive institutions for as long as there’s been a women’s rights movement, and it’s time to call it out for what it is: racism.

The theory behind abolition is clear: Not only are police not necessary for justice or peace, but they actively limit our ability to effectively reach either on an individual or structural level. There’s no logical reason why this principle should apply to sexual assault cases any differently than it applies to theft or white-collar crime. So why do people insist on arguing as though it does? The answer to that question hinges upon the well-documented historical weaponization of white femininity. White women, while oppressed in some ways, function as oppressors in many others—especially when it comes to the ways they benefit and profit from white supremacy. While the principles of abolition state that the existence of the police harms all of us, many people in positions of racial or socioeconomic privilege never really realize this. They grow up in “nice” communities, with a skin color that doesn’t brand them as a threat, therefore the police treat them decently. However, because of the insular nature of both richness and whiteness, that can sometimes lead these people to believe that the police are inherently good.

Even if there was some part of the white elite that recognized how the carceral police state treats people of color, there may be a larger part of them—conscious or unconscious—that’s comfortable in a system that puts them on top. So they resist the abolition of the police, and they resist the destruction of racism as a whole. Feminism doesn’t exempt white women from this mode of thought, and it never has. Throughout history, white women have successfully weaponized their femininity both to oppress people of color and to defend themselves from the responsibility of doing so. The sexual-violence argument, which seeks to uphold the racist criminal justice machine under the guise of pro-woman progressivism, is no different. But victims of sexual violence have always had a place in the transformative justice movement.

Get Bitch Media’s top 9 reads of the week delivered to your inbox every Saturday morning! Sign up for the Weekly Reader:Email *

“[Victims] aren’t finding justice through the state, and carcerality hasn’t really provided them with safety or accountability for the people who’ve hurt them. Abolition is a framework by which we can understand a different way to hold people accountable, especially for sexual harm,” journalist and abolitionist organizer Reina Sultan, who has contributed to Bitch, says. In fact, many of the leading sexual violence response centers across the country and beyond haven’t relied on the criminal justice system in decades. The Women’s Coalition of St. Croix, a groundbreaking women’s aid center founded in part by Audre Lorde, has relied on transformative justice since 1981. More recent institutions like the Bay Area Transformative Justice Collective and INCITE! have trauma-informed, grassroots, and transformative approaches to sexual violence prevention that not only help to heal survivors, but prevent perpetrators from causing more harm. As Sultan told Bitch, “With transformative justice, we’re able to use the community to get to the root of the problem. Abolition is feminism…You can’t have an abolitionist movement that isn’t feminist.”

No two transformative justice practices are the same, because no two cases of violence are the same, but the processes are often similar. “A common structure for a [transformative justice] process is you have a survivor and three or four people supporting them. Then you have the person who caused harm and three or four people supporting them in their accountability,” prominent abolitionist Mia Mingus told Colorlines in 2017. “Then you’ll have the survivor think of what their demands are. What would it look like for a person who caused harm to be accountable to you?…[Transformative justice] processes are not just about the person who caused harm, it’s about things that support the survivor, too.” Supporting and validating survivors of sexual violence is worthy of more thought and energy than a knee-jerk reaction that punishes marginalized people.

The police are not a feminist institution—they’re both the footsoldiers and the benefactors of racism, sexism, misogynoir, colonialism, and violence.

Black men, for example, are by far the most incarcerated population in the United States and are the most frequent victims of police violence, so when you use the language of feminism to justify the existence of the police, you’re using it to justify the oppression of Black men. This is nothing new: The practice of using unfounded sexual violence allegations to further oppress Black men is a particularly time-honored white feminist tradition. Take the famous case of Emmett Till, who was murdered by two white men after being falsely accused of harassment by a white woman in 1955. The recently viral case of Amy Cooper, a white woman, is another example: The otherwise liberal Pete Buttigieg supporter claimed she called the police on Christian Cooper, a Black man—a verifiable death sentence in today’s America—because she feared he would assault her.

After Cooper’s video went viral, some rushed to her defense with the same faux-feminist argument: “A number of people have pointed out that a woman alone with a man in an isolated area was likely to perceive the remark as threatening,” read one think piece. While these circumstances are all different, their ethos is the same: They all commodify and whitewash the women’s rights movement to protect an institution that has done nothing but harm to vulnerable women, especially Black women and women of color, since its conception. Feminism has become a weapon by which the privileged can defend themselves from any and all accountability while steadfastly ignoring the very populations that intersectional feminism is meant to serve. It has become a get-out-of-jail-free-card by which white women can shirk all responsibility for upholding white supremacy. The police are not a feminist institution—they’re both the footsoldiers and the benefactors of racism, sexism, misogynoir, colonialism, and violence. I don’t know about you, but I’d rather my feminism stood for something different.

Abolition Can’t Wait: A Teach in with #8toAboltion

Communities Need to Reduce Violence Against Women of Color Without Police