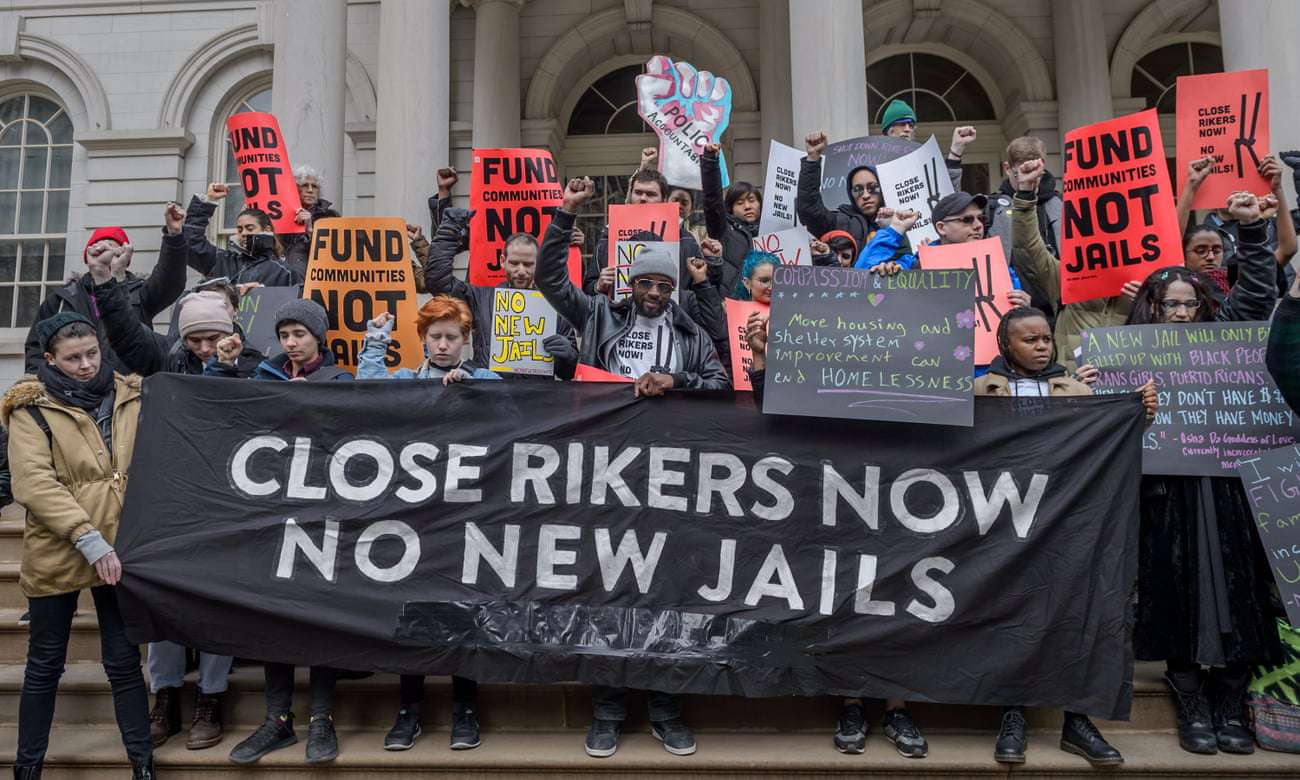 Black radicalism and the refusal of reform

This text is part of “Imagination and the Carceral State,” a series of essays organized by Joshua Bennett for Cabinet’s Kiosk platform. For his introduction to the portfolio, see here. The other texts in the series include Bennett’s “Wherever We Are Gathered,” “No Man’s Land” by Elleza Kelley, and “Myth Lessons” by Matthew Spellberg.

So much of the work of oppression is about policing the imagination.
—Saidiya V. Hartman

The political contours of the early modern Black abolitionist movement were shaped by Frederick Douglass, Harriet Jacobs, Olaudah Equiano, Harriet Tubman, and countless others in their everyday forms of resistance, and politically enunciated in the flashpoints of rebellions, uprisings, and insurgency against the violence of racial slavery. Abolitionist solidarity in the early period fractured along the fault lines of the political antagonism of anti-blackness. This chasm between abolitionist camps was the result of an incommensurable parallax. One viewpoint was the racial paternalism of white abolitionists who aimed to determine liberty for Black people. The other was the Black radical imagining of what Robin Kelley terms “freedom dreams” irreducible to the perennial unfreedom of “emancipation.”1

Blackness radicalizes both emancipation—its legal etymology tracing to the relinquishing of property—and revolution.2 Blackness revolutionized the subject and object of revolution itself—the Haitian revolution is emblematic of this radicalization. The slave, as Saidiya Hartman argues, was the ground for the modern political subject.3 “The enslaved were neither envisioned nor afforded the privilege of envisioning themselves as part of the ‘imaginary sovereignty of the state.’”4 The slave was ground for emancipatory and revolutionary struggle and these political categories, and the category of the political in its totality, were reserved for white citizens, as can be seen from the anti-Black backlash, carceral state violence, and domestic warfare against every iteration of ongoing Black insurgency, from Nat Turner’s uprising to the Civil Rights Movement, which James Baldwin deemed “the latest slave rebellion.”5 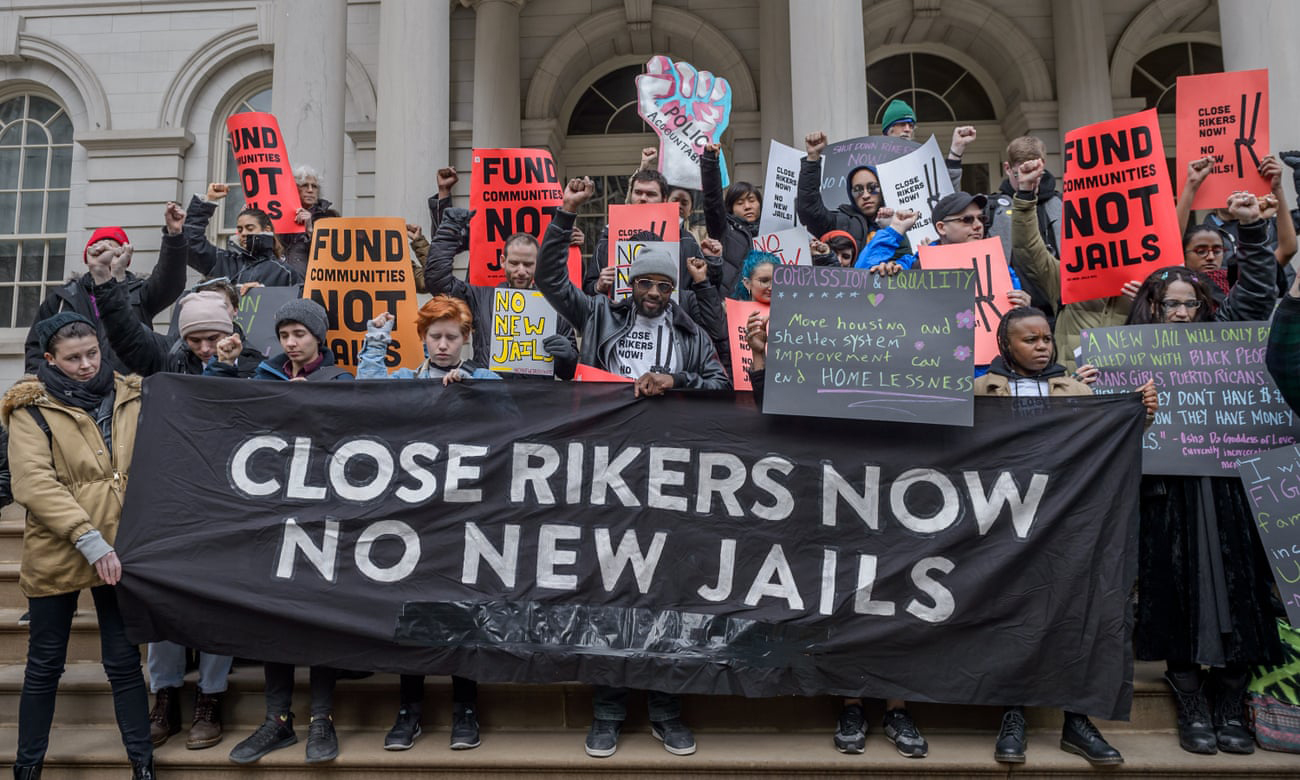 The political grammar of Black freedom requires the abolition of the given terms of the political, classical, and philosophical ontology of freedom. Black freedom struggle puts the coordinates of freedom into question. Abolition is about ending what Hortense J. Spillers calls the “grammars of capture,”6 which include the racial, liberal grammar of “freedom,” the political ontology of which is slavery. “Slavery is the threshold of the political world.”7De jure abolition did not end anti-Blackness; it re-formed it. “The abolition of American slavery started the transportation of capital from white to black countries where slavery prevailed,” observed Du Bois in Black Reconstruction, articulating how capitalism is slavery’s afterlife. Freedom—as Hartman has so rigorously demonstrated—is a scene of subjection.8 Perhaps the very grammar of “world” itself—as the colonization and rending-into-property of Earth—is one of capture as well. The prison abolitionist movement demands and envisions social emancipation, and the end of all forms of social exile, banishment, criminalization, or incarceration. Abolition remains an ongoing project against the general institutionalization of the afterlife of slavery and its carceral and racial capitalist topology: from the site of the prison to the site of the psych ward, from the neoliberal corporation of the university to the detention center and more. Ruth Wilson Gilmore explains the abolition project in its particular and universal totality: “Abolition requires that we change one thing, which is everything.”9

What Mariame Kaba terms the “horizon of abolition” is both temporal and spatial.10 What is the temporality of abolition? How is it different from modes of secular eschatological and messianic revolutionary time? Abolition is untimely, casting off the illusion of capitalist and colonial time as a measure of civilizationist progress. Not atemporal to but rupturing of the racial liberal temporality of post-“emancipation” time, abolition—as Audre Lorde says of revolution in her essay “Learning from the 60s”—is “not a one-time event” but rather, as Angela Davis contends, “a constant struggle.”11 Abolition shifts the social and political ontology of revolution. Key to this is who can participate, ending the ableist and heteronormative policing of the revolution from within it, and also how revolution is reconceptualized not as a one-time event—or even through the register of the event at all—but rather as an immanent modality. Abolition therefore inheres in, as Jared Sexton phrases it, “an interminable radicalization of every radical movement,” such that policing and the carceral are constantly interrogated within the very forms of revolutionary sociality dedicated to their opposition.12 Returning to Lorde’s essay, which reflects on the lessons gleaned from the period’s revolutionary schemas and the need to constantly revise and rewrite the revolutionary itself, the full passage reads: “Revolution is not a one-time event. It is becoming always vigilant for the smallest opportunity to make a genuine change in established, outgrown responses.”13 The revolution—and abolition as both revolutionary and the radicalizing of the terms of revolution itself—are not only external but also internal processes.

What is the spatiality of the horizon of abolition? What is the (an)architecture of abolition and how might architecture be a place for abolition—as housing for all, as the repurposing of the built environment? Gilmore terms abolition a “presence” in the life-affirming sense of collective power and possibility with which she imbues that powerful concept.14 “Abolition is building the future from the present, in all of the ways we can.”15 To return to Sexton’s concept of interminability, abolition might be seen as “two trains running,” to use Frank Wilderson’s metaphor. Or even analogous to a Mobius strip—an infinite fold—with one side being the struggle against carceral form and reform (the carceral continuum) and the other, following Gilmore, presence as abolitionist becoming and flourishing. In its presence making, abolition pursues non- and anti-fascist living.

In his preface to Deleuze and Guattari’s Anti-Oedipus, which he called an “Introduction to the Non-Fascist Life,” Foucault shows how fascism (of which we might consider the carceral a genre) operates not only at the level of the state but also internally, at the level of psychic and interior life. Foucault identifies not only the fascism of state authoritarianism but also “the fascism in us all, in our heads and in our everyday behavior, the fascism that causes us to love power, to desire the very thing that dominates and exploits us.”16 Further, Foucault poses and anticipates questions that are live for and intensified by abolitionist praxis—especially if we read and substitute “carceral” for “fascist,” which are interchangeable after all. Foucault asks: “How does one keep from being fascist, even (especially) when one believes oneself to be a revolutionary militant? How do we rid our speech and our acts, our hearts and our pleasures, of fascism? How do we ferret out the fascism that is ingrained in our behavior?”17 The abolitionist phrasing of this is succinctly put by Paula X. Rojas as “the cops in our heads and hearts.”18 Fascism, as George L. Jackson defined it, is not only the form of the carceral state but also (its) reform. “We will never have a complete definition of fascism, because it is in constant motion. … But if one were forced for the sake of clarity to define it in a word simple enough for all to understand, that word would be ‘reform.’”19 Jackson’s Black radical study of fascism, his reworking of its definition, reveals its plasticity and endurance, and its naturalization as “reform.” Abolitionist living is anti-fascist living.

Che Gossett is a Black nonbinary femme writer based in Brooklyn, New York. They are a 2019–2020 Helena Rubinstein Fellow in Critical Studies in the Whitney Independent Study Program, a PhD candidate in Women’s and Gender Studies at Rutgers University, New Brunswick, where they are also a graduate fellow at the Center for Cultural Analysis. They are co-editor with Eva Hayward of the University of Arizona of a forthcoming special issue of Transgender Studies Quarterly Journal titled “Trans in a Time of HIV/AIDS.”

A Learning And Action Guide For Public Health

A Conversation Between Rachel Herzing and Amna Akbar