What Is Abolition, And Why Do We Need It? 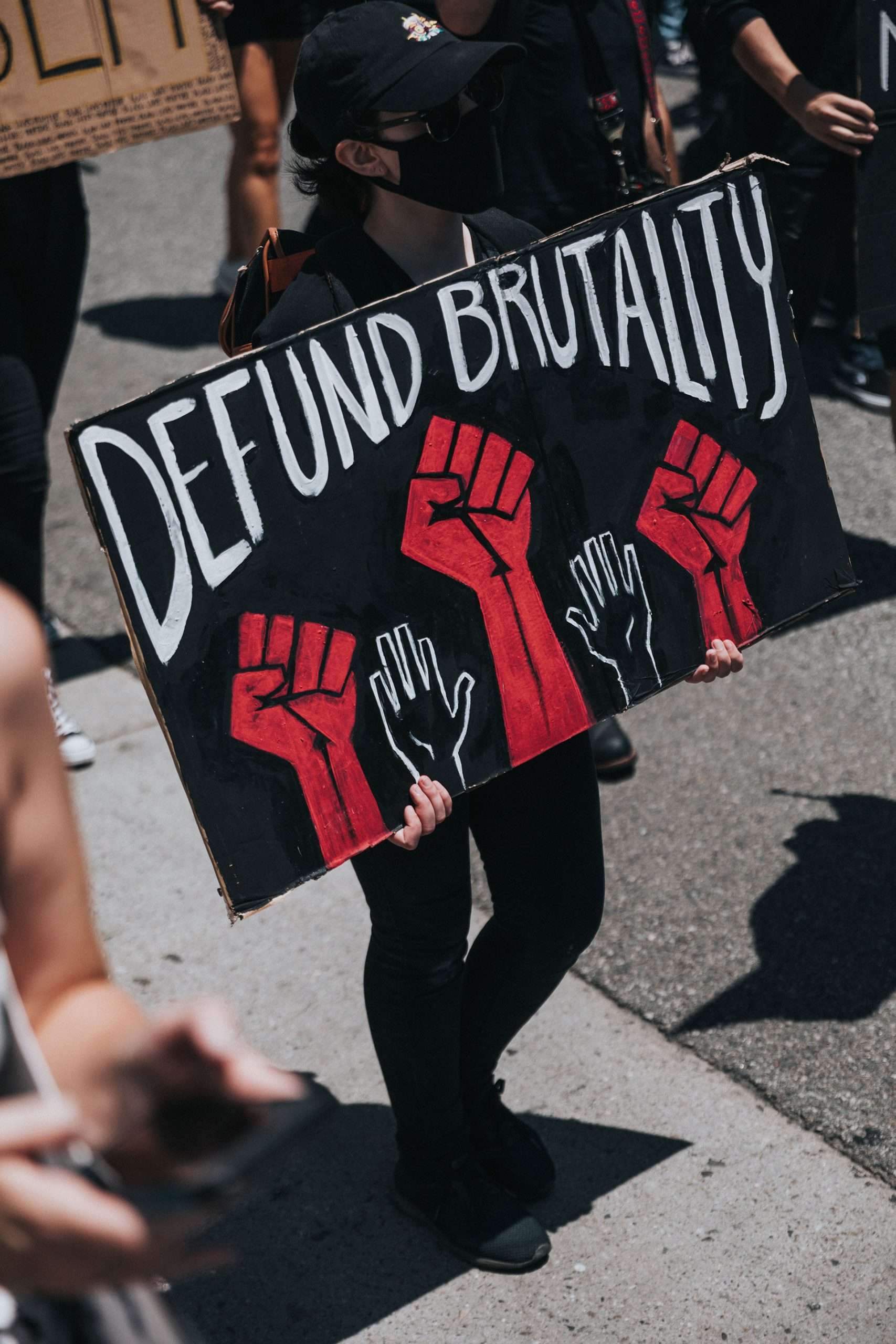 In the midst of nationwide uprisings against ongoing police murders of Black people, a new set of demands has been thrust into public consciousness: Defund and abolish the police, and invest in new models of safety and communal well-being.

Rather than ask for better policing, protesters are demanding an end to policing and instead massive investments in the communities most harmed by police violence. In doing so, they draw on the work of abolitionist organizations such as Critical Resistance and Incite!, which have been doing the work of abolition for over two decades. Indeed, though demands to divest from punishment and invest in communities have recently entered the mainstream, they have long been on the lips of Black feminist abolitionists who have been organizing for a police- and prison-free future for many years.

Even as young people fill the streets to demand a fundamentally different approach to safety in the country, a slew of prominent organizations such as Campaign Zero and the Equal Justice Initiative have offered a familiar set of reforms: better police training, more police diversity, adjusted police practices, and improved documentation of police behavior.

On their face, these might seem to offer positive change. But as organizer Mariame Kaba recently explained, recommendations for police professionalization, training, and diversity have been on the table for more than a century. Continually tweaking police practices and policies has failed to stop police violence.

Everyone wants to be safe. But creating safety demands so much more than tried and failed reforms—it demands abolition. And as Derecka Purnell writes, abolition is an invitation into finding new answers to the problem of harm and into building new ways to prevent harm in the first place. As cocreators of the #8ToAbolition campaign, here we expand on the invitation of abolition by responding to some typical questions posed to abolitionists and by offering some examples of the work communities are doing to create a world in which we can all be safe.

Why Not Try Reform?

A frequent response to abolitionists is to be expected: Why not try reform instead? Calls for reforms to fix the system suggest that the system is a broken one in need of fixing and that attempting to reform the system would constitute a new approach to the criminal legal system. Both assumptions are wrong.

First, our system of policing and imprisonment is not broken; the system’s extreme racial disparities and daily dehumanization do not result from a glitch in the system but rather from the smooth functioning of a system designed to control and contain poor, Black, and brown people. As many scholars have shown, American policing developed out of slave patrols and worker suppression and has continued to serve the interests of private property and capital while enacting extreme violence.

Second, reform is not new. The long history of liberal reform teaches us that reforms have not only failed to make things better but have actually reinforced the problem. As the work of those such as Naomi Murakawa and Elizabeth Hinton shows, the making of mass incarceration was not merely a Republican affair; instead, liberals and those with progressive views toward policing have continually poured more resources into the system in hopes of fixing and de-racializing punishment, with the result of continually expanding punishment’s reach.

Today, as Vikki Law and Maya Schenwar detail in their recent book, we see a similar dynamic in which “locked buildings are being replaced with slightly less-menacing locked buildings, [and] brutal surveillance with surveillance that may appear less brutal.” Rather than disrupting the assumption that the best way to keep people safe is to cage and surveil others, reforms are more deeply entrenching punishment for years to come.

In other words, much of the work of abolition happens not alongside reform but in spite of it.

Even still, rejecting reform doesn’t mean scoffing at anything short of the immediate crumbling of the prison walls. Though frequently dismissed as naive, abolitionists are deeply pragmatic, continually chipping away at the punishment system’s grasp on our lives. As one incarcerated organizer describes, abolitionists pursue a “dismantling process”—the continual stripping of resources from punishment systems by closing prisons and jails, shrinking police budgets, and contracting the scope of what police are empowered to do on a daily basis.

How Will We Be Safe?

Another major question many ask upon hearing calls for abolition is how we will be safe without prisons or police. Abolitionists often start by pointing out, however, that police and prisons do not actually keep most people safe. The U.S. is home to the largest prison system in the world; if prisons kept us safe, we might expect to live in the safest country in the world. We would rarely see sexual assault and other forms of violence. If our system produced safety, people would have clean drinking water, safe and stable housing, quality medical care, and good food.

Rather than creating safety, our punishment system is an active source of harm for many. And the system’s violence extends far beyond what makes the news. Black, disabled, and sex-working women and trans people are especially vulnerable to police violence and often face sexual assault at the hands of the police. Disabled people are estimated to make up as many as half of those murdered by police. Between 70 and 100 million Americans have a criminal record, and one year in prison takes two years off one’s life expectancy. Further, there are more than 10 million arrests per year, and a misdemeanor arrest—the standard encounter between police and civilians—can upend a life, leading to lasting exclusions from employment and other opportunities.

So while some ask how we will be safe without police and prisons, abolitionists point out that most people cannot be safe so long as they exist. For this reason, abolitionists are, at heart, builders—builders of community safety, well-being, accountability, and harm prevention. As abolitionist Ruth Wilson Gilmore has said, abolition is about presence—the presence of life-giving systems that allow people to thrive and be well, that prevent harm and better equip communities to address harm when it occurs.

To be clear, building toward a world without prisons is different than believing in a world without harm. As one contributor to the prisoner-run publication In the Belly writes, abolitionists are “not promising a world without harm. People hurt each other, and that won’t change. But why do we all just accept that the appropriate response to harm is more harm, administered by the state?”

Instead, when presented with harm, abolitionists reject the false choice of putting someone in a cage or doing nothing. In fact, abolitionists are actively building various models of preventing and responding to harm, focusing in particular on community accountability processes that, as our #8ToAbolition cocreators recently explained, “seek safety for those harmed, changed behaviors for those who caused harm, and a transformation of the conditions that allowed the harm to occur.”

Countless groups across the country are doing the work of safety building. In Washington D.C., the Collective Action for Safe Spaces (CASS) trains community members to intervene in gendered public harassment and, through the Rethink Masculinity program, helps men to identify harmful behaviors and build relationships of accountability and care. Likewise, the Bay Area Transformative Justice Collective holds regular “labs” to help community members build skills around transformative justice and ending child sexual abuse. Across the country, violence interrupters work to halt lethal violence before it happens by resolving conflicts and building healthy relationships between community members. And beyond programming centered on ending violence, groups focusing on mutual aid are doing the work of abolition by meeting community members’ needs and building local models of self-sufficiency. This is a small sliver of the work being done by abolitionists.

Ultimately, abolitionists do not have all the answers—but we are committed to finding them together. Prison is a one-size-fits-all solution, sending people to cages for violating a criminal law. Abolition requires just the opposite, recognizing the complexity of harm and the indispensability of humanity.

Ultimately, abolition is a verb, a practice. It consists of the actions we take to build safety and to tear down harmful institutions. People do abolition every day when they connect to their community, learn how to take accountability, and foster communal responsibility for preventing and responding to harm.

Abolition is within our reach; it’s up to us to build it.

Reiana Sultan and Micah Herskind are 2 of the 10 cocreators of the #8ToAbolition campaign.

Abolitionist Policy Changes to Demand
from Your City Officials