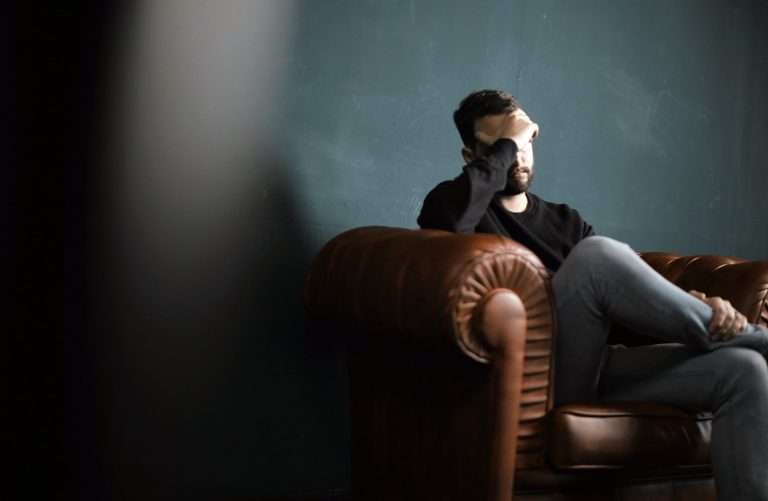 As more Americans wake up to the notion of police abolition, one organization in California is already making it a reality. Mental Health First—from the Anti Police-Terror Project—is a community-centered initiative to eliminate the need for law enforcement as the first response to mental health crises.

On May 22, Maurice Gordon’s friend called the cops concerned about the 28-year-old’s whereabouts. He informed the dispatcher of Gordon’s mental health history, and said Gordon appeared “panicked” and told him he was having a “paranormal experience.” More than 24 hours later, Gordon was fatally shot by a state trooper during a routine traffic stop in New Jersey.

What happened to Gordon is not an unusual occurrence in the United States. One-in-four people fatally shot by police have a severe mental illness, according to a 2015 report by the Treatment Advocacy Center.

Government statistics on police shootings and mental illness show that mental health disorders comprise about one-in-two fatal police encounters in the U.S. and across the Western world. Roughly 1 to 4 percent of calls made to the police are for violent crime, according to a New York Times analysis of publicly available data from a handful of police departments. And yet nationally, one-in-ten calls to the police are related to mental health.

Calls to defund the police have grown louder in response to the recent killings of George Floyd, Breonna Taylor, and so many others. As cities grapple with how to redistribute funds, some American communities have already adopted an abolitionist model.

A Quarter Of People Killed By Police Struggle With Mental Illness

In developing this program, APTP collaborated with medical professionals, community organizers, and people who have used mental health services to understand what currently exists and what is needed.

“When you’re in crisis, what you need isn’t necessarily the formula that we use within our current system,” Carly Brannin, a core member of APTP, said. “It’s a lot better to have somebody come in and be like, ‘Hey, I get where you are. I’ve experienced something similar before. Here’s how I can help you feel better.’”

Volunteers work in shifts of three people—a crisis interventionist, a medic, and a safety liaison. The crisis interventionist works directly with the person in need. While the medic cannot prescribe medication, the individual can provide basic first aid. And the safety liaison keeps an eye out for any potential dangers. Brannin illustrated that the team usually dispatches when they receive a call, especially if the person is in an unsafe environment or the police are present.

“We automatically dispatch if the police are on scene because we also teach all of our volunteers how to cop-watch, which may influence the officers’ behavior to be a little bit less bad. It’s a way to document any civil rights violations,” Brannin said. “And the whole team can also advocate for the person. So if cops are trying to arrest the person, we can say, ‘That person needs to go to a mental health urgent care center, not to jail.’”

The team responds to a wide range of situations including psychiatric emergencies, domestic violence, substance use, and individuals walking into traffic. MH First only works nights on the weekends and has responded to an average of 30 calls per month since its debut.

“If somebody were to call us and say, ‘I’m in an abusive relationship and I want to know how to get out,’ we can help them build a basic plan and let them know what resources are available,” Brannin told Shadowproof. “What it comes down to is coming in and helping that person build their own self-determined exit plan or treatment plan or whatever is needed at that time.”

Despite mental health situations making up the bulk of calls to police, law enforcement is not required to undergo mental health-related training. And with police abolition sweeping the nation, the Sacramento City Council passed a measure earlier this month to establish a non-police response to mental health calls. Given its community connections, MH First hopes to be part of this initiative.

‘It Is Not Criminal To Be Poor, To Be Mentally Unwell, Or To Even Have An Addiction’

Community-driven approaches to emergencies are gaining greater momentum in California with the proposal of the Community Response Initiative to Strengthen Emergency Systems (CRISES Act).

The legislation introduced by Assemblymember Sydney Kamlager (D-Los Angeles) and co-sponsored by APTP would fund community organizations responding to emergency situations—like mental illness, substance use, and homelessness—that police are traditionally called in for.

“This bill came about because of the number of instances where law enforcement has intervened, and the result has been deadly,” Kamlager said.

“We’ve seen a ballooning of folks entering our justice system never to get out,” Kamlager continued. “We have now decided to criminalize all kinds of activity, including activity that is not inherently criminal. It is not criminal to be poor, to be mentally unwell, or to even have an addiction.”

The CRISES Act is currently on the Senate floor and is expected to be voted on once the legislature reconvenes on July 27. However, Kamlager fears the bill may not make it out of the Senate because of its $16 million price tag.

“Defund” and “abolish” have become rallying cries in demonstrations against police brutality. Kamlager emphasizes that the state can’t defund police departments. Only cities and counties can do that. Yet, she does point out that different approaches can encourage municipalities to rethink how they allocate funding.

For APTP, even just the mainstream conversation about defunding and abolition is a victory in itself.

“If folks agree with or disagree with [abolition], it’s still in the forefront of folks’ minds,” Asantewaa Boykin, co-founder of the APTP told Shadowproof. “Just like years ago, we were saying ‘police terrorism’ and people were like, ‘Oh my God, that’s so radical!’”

“And now it’s like common knowledge and people at home who don’t share our common ideology are using the word police terrorism. So, there’s room for folks to sway onto our side,” Boykin concluded.