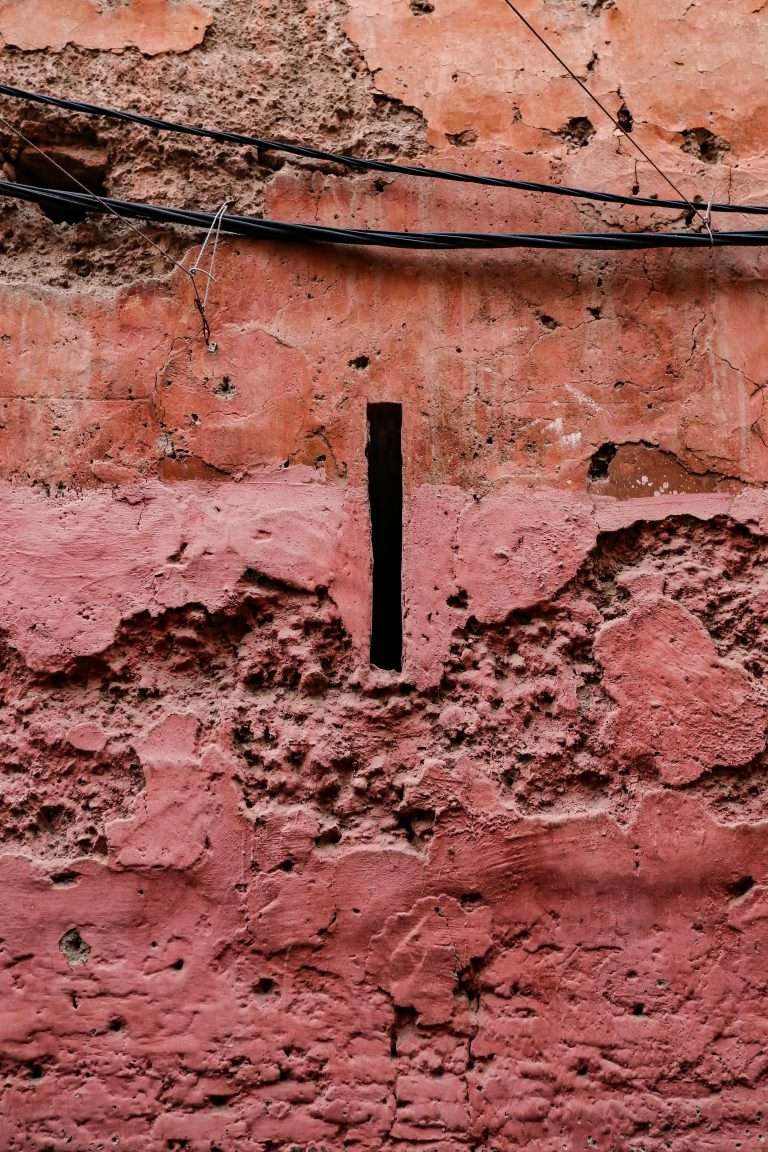 What is to be abolished?

There is a recurring discussion in the abolitionist literature regarding the prefix that should accompany ‘abolition’. A recent addition to this ongoing dialogue, published in Contemporary Justice Review, is Piché and Larsen’s (2010) article ‘The Moving Targets of Abolitionism: ICOPA, Past, Present and Future’. To briefly summarize, I would say that ‘abolition’ on its own is a bit too vague – there are many systems and institutions that have been the targets of abolitionist movements, and while there are definitely links between these institutions (slavery, colonialism, torture, and the prison, for example), it seems important to specify an objective. The question that Justin and I ask is “What is to be abolished?”. We outline three approaches to this question – three orientations or objectives for the movement. These three approaches roughly reflect the evolution of debates at the International Conference on Penal Abolition (ICOPA) over the years.

The first was prison abolition. This has the advantage of being a straightforward objective, insofar as it targets a specific institutional setting. Prison abolition is (or was) closely related to the decarceration and community justice movements. Its weakness is its scope, in that it does not address the laws, ideas, and practices of ‘the system’ more generally. There is a consensus that efforts to abolish prisons must be located in a broader project.

This recognition led to the adoption of penal abolition as a new objective. This remains the defined goal of ICOPA. Penal abolitionism focuses on the prison as an institutional setting as well as the constellation of ideas and practices that are informed by systematized punitiveness. Penal abolitionist efforts have targeted some so-called community justice alternatives as being sites of net-widening – spaces that, despite their original objectives, have become co-opted and incorporated into the retributive criminal justice system. A key resource for this discussion is Stan Cohen’s (1985) text Visions of Social Control, which chronicles the various ways in which destructuring efforts became ‘Trojan horses’ for an array of community-based punishments that actually led to the expansion and intensification of the ‘Master Patterns’ of social control.

Thomas Mathiesen’s (1974;1990) treatises on the politics of abolition have also been influential – particularly his theory of The Unfinished, which describes abolitionism as an ever-evolving process as opposed to a fixed end point. Mathiesen catalogues the various ways in which abolitionist efforts can and have been co-opted by ‘the system’. The ideal abolitionist initiative, according to the theory of the unfinished, is a ‘competing contradiction’ – something that is neither a simple external critique of the system nor an effort to work with or change the system from within. Instead, the goal is to offer an alternative that occupies the space ‘between reform and revolution’, and is resilient to co-optation by the system. Mathiesen describes various routes to co-optation, one of which is the adoption of system language, which allows an organization to be defined according to system logics and rendered either incorporated or irrelevant. I point this out because penal abolitionist debates often morph into discussions about reform vs. revolution. As an ideal-type, the ‘reformists’ tend to represent organizations that pursue community justice and service delivery projects that work with, supplement, and / or fill gaps in the existing system. These groups risk becoming examples of the net-widening that Cohen warned about, not least because their funding structures and access to populations (or ‘clients’) tend to become tied to formal structures and state initiatives. On the other hand, they can and do contribute to the amelioration of the ‘pains of imprisonment’. The ‘radicals’, on the other hand, tend to focus on advocacy and ‘short-term negative reforms’ geared towards critiquing the existing system and reducing its scope. While they can lay claim to a purist outlook, they are open to being ‘defined out’ by system proponents, and have a hard time influencing policy debates.

Finally, there is carceral abolition. This is an idea that comes from Piché and Larsen (2010). It seeks not to replace, but to supplement penal abolitionism – to update it in order to reflect emerging trends in social control. Specifically, we seek to broaden the abolitionist movement to recognize the proliferation of spaces of control and incarceration that are peripheral to the traditional criminal justice system, namely immigration and migrant detention, non-status ‘camps’, and other sites of administrative detention. We also draw attention to the shift towards exclusionary and ‘warehousing’ forms of incarceration, as opposed to traditional punitive-correctionalist modalities. Our goal is twofold – to ensure that the abolitionist movement accurately reflects the terrain of the contemporary carceral and to foster solidarity between traditional abolitionist groups and fellow travelers in fields such as migrant rights and habeas corpus advocacy.

“We need to increasingly be thinking and talking about carceral abolition. We use carceral to mean both the diffusion of mechanisms of surveillance and control encompassed by Foucault’s (1977) exploration of disciplinary power and practices of confinement more generally. Whereas the first two ICOPAs focused on the prison, and subsequent meetings expanded their focus to encompass broader punitive trends, future ICOPAs need to address the use of confinement, and the systematic deprivation of liberty in spaces outside and adjacent to the penal system, as traditionally conceived. This was one of the central themes of the Universal Carceral Colloquium held at ICOPA XII” (398).

“In proposing a conceptual shift towards carceral abolition, we highlight the proliferation of spaces and practices of confinement that are not components of the traditional penal system. However, our intention is not to suggest that these trends – preventative detention, the politics of insecurity and the proliferation of camps – are in any way representative of a wholesale rupture or departure from the forms of penality that abolitionists have traditionally fought against. Continuities and linkages abound, and the disproportionate infliction of imprisonment as well as other forms of control according to distinctions of gender, race, ethnicity or group membership is perhaps the key bridge linking the critique of the juridico-political spaces of the prison and the camp” (404).

Carceral abolitionism has weaknesses, too. For one, it is relatively new. I am not aware of any organizations that have a defined carceral abolitionist mandate. It is not a concept in common currency, and it would require some unpacking. Beyond this, we are making a ‘broadening move’ with this concept, seeking to build coalitions, involve allies, and to enlarge the scope of the movement. For organizations that seek to retain a focus on penal abolitionism that is closely tied to the traditional criminal justice system, this could mean a dilution of focus. On the other hand, I would suggest that our framework offers a comprehensive and contemporary response to the question “What is to be abolished?’.

Abolitionism or Carceral Minimalism? The Problem of the Dangerous Few

Abolitionism often operates as a sensitizing theory, exposing the uninitiated to radically alternative approaches to questions of justice and conflict resolution. People encountering abolitionism for the first time sometimes experience it as a naïve, utopian, and simplistic idea, and reject it as being unrealistic. Despite the fact that the existing system fails in every way to achieve its own stated objectives (public safety, justice, rehabilitation, etc.), the ‘burden of proof’ often rests with abolitionists to justify our arguments in relation to a taken-for-granted punitive norm. This also means that ‘Introduction to Abolition’ conversations often follow a predictable script, and one of the central components of this script is the “what about the dangerous few?” question. Potential allies hear ‘abolition’ and immediately ask if we propose ‘turning loose’ mass murderers, repeat sexual offenders, serial killers, and various ‘celebrity monsters’. This can be a paralyzing conversation.

The danger, as I see it, is that this conversation inevitably misses the forest for the trees. As abolitionists, we are talking about alternative approaches to justice, decarceration, decriminalization, the halting of penal expansionism, and an array of structural reforms. The ‘dangerous few’ conversation pins us down to responding to a fear of monsters that relates to an incredibly small percentage of ‘offenders’. It is a red herring. Despite this, it is part of the aforementioned script, and it requires a sophisticated response.

One way to approach the question (the carceral minimalist position) is to concede that there are indeed a ‘dangerous few’ – individuals who, for various reasons, present a socially-intolerable risk to others. From an abolitionist perspective, it follows that some kind of non-punitive, non-segregation, custodial option should be available in these cases, for last-resort reasons of community protection. I can support this. The questions that immediately follow are “who are the dangerous few?” and “how can we tell?”. Criminologists will disagree on the answers to these questions, and getting immersed in them can steer us away from abolitionism into risk management discourses.

Generally, I have found it useful to insist that the question of the dangerous few be placed in context. When I teach abolitionism to students, I ask first for a group consensus on about what percentage of the overall prison population constitutes the ‘dangerous few’. The research literature suggests a 2% – 7% statistic, perhaps up to 20% if we adopt and extremely sensitive understanding of risk. My students usually arrive at a number around 5%, which reflects a background of repeat, violent, interpersonal violence. I usually propose that we double this number, “just to be on the safe side” (I do this for rhetorical purposes only). Assuming that 10% of the prison population are truly the “dangerous few”, this means that 90% of the population are not.

From my perspective, abolitionist conversations – and efforts – are more effective when they can maintain a focus on this ‘unnecessarily confined majority’, rather than the ‘dangerous few’. Experience suggests that steering conversations in this direction requires a familiarity with trends in ‘offending’, sentencing, and recidivism. Jursistat statistics, despite their limitations, are useful in this regard,  as are figures on the cost of incarceration, the lasting effects of imprisonment (on employment, for example), and carceral demographics.

Of course, the strategy of shifting the ‘dangerous few’ question towards a discussion of the ‘unnecessarily confined majority’ risks abandoning the hardest-to-serve minority of prisoners as casualties of the rhetorical battles of abolitionism. A truly comprehensive and robust abolitionist movement needs to deal seriously with the ‘dangerous few’. This means two things. First, it means taking a serious and informed position on what is to be done with that small population of people who are deemed to be the ‘dangerous few’. Second, and just as important, it means acknowledging the roles that criminal justice institutions, structural inequalities, marginalization and victimization play in the production of dangerousness.

Previous Can Prison Abolition Ever be Pragmatic? Next Mama’s Bailout Day and Other Bottom-Up Interventions in Everyday Justice