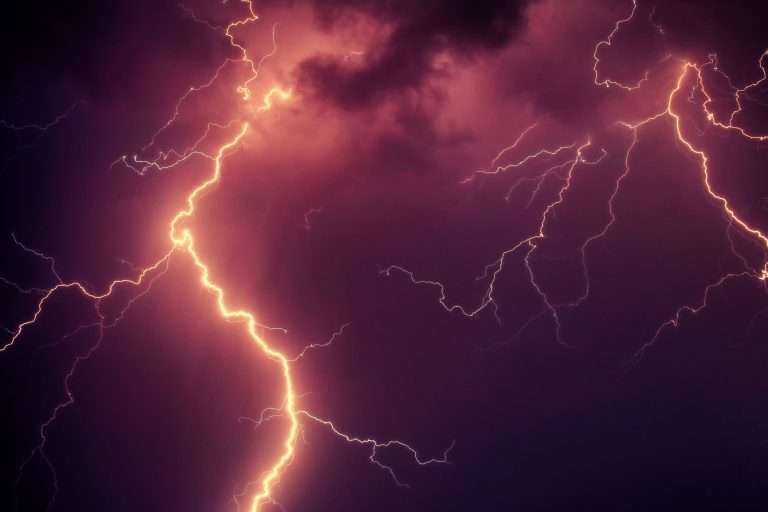 Disrupting the Relationship between the Anti-Violence Movement and the PIC

Two weeks ago, more than 1200 people attended the National Sexual Assault Conference (NSAC) in Chicago. I attended all three days of the conference and had the privilege to co-facilitate a workshop with my friend and fellow Chicago PIC Teaching Collective member Jane Hereth. Jane and I both have worked in the sexual assault and domestic violence fields, respectively, and we saw the NSAC as an opportunity to bridge our anti-violence work with our work to disrupt the PIC. Drawing on the groundbreaking work of groups like INCITE! Women of Color Against Violence, Communities Against Rape and Abuse (CARA), and Creative Interventions, we developed a workshop to explore alternatives to the PIC for sexual assault survivors.

Overall, our workshop was very well received. It was incredibly thrilling to spend one and a half hours with a group of about 50 advocates and activists passionately critiquing the PIC. We examined the various ways the criminal legal system fails sexual assault survivors and does not ensure safety, justice, and empowerment for those who turn to it. We explored how the PIC is rooted in a deep history of oppression and systematically targets marginalized communities and individuals, while privileged groups profit. In short, we articulated how the PIC is part of the problem and how severely broken it is as a solution to violence.

Several participants shared encouraging feedback and ideas after the workshop. It was clear to me that we had touched on a topic that advocates and activists in the anti-violence movement eagerly want to engage. People seemed to be yearning for a space to have a critical conversation about the relationship between the anti-violence movement and the criminal legal system. I left the workshop feeling energized and hopeful that we’ve reached a historical moment where the mainstream anti-violence movement is ready to seriously face the contradiction of relying on a violent, oppressive institution as a solution to sexual violence and to engage the challenging and at times scary work of envisioning and developing alternative responses to sexual assault, such as restorative justice and community accountability practices.

Shortly after our workshop concluded, I attended a thought-provoking workshop on the Prison Rape Elimination Act (PREA). Representatives from Just Detention International and the Pennsylvania Coalition Against Rape provided a very helpful and informative workshop about the prevalence of sexual assault in jails, prisons, and youth detention centers.

The co-facilitators discussed the tremendous impact sexual assault has on incarcerated people. Incarcerated survivors typically are unable to access any resources or support to deal with the trauma they experience, and they often have regular, ongoing contact with the person or people who raped them, since perpetrators usually are other incarcerated people or prison guards. The edited volume Inside This Place, Not of It: Narratives from Women’s Prisons provides a number of chilling accounts from women who were sexually assaulted by prison guards while incarcerated, as well as the retribution they faced when they sought help. In short, incarcerated survivors are incredibly vulnerable to continued sexual assault and, given their controlled living circumstances, have very limited power to protect themselves.

The workshop co-facilitators also did an excellent job of explaining how the PREA is creating an opportunity for rape crisis centers to provide counseling services to people who are sexually assaulted while incarcerated, as well as education and training to corrections staff. The staff education and training piece likely will be particularly challenging. According to a Bureau of Justice Statistics report, “Sexual Victimization Reported by Former State Prisoners, 2008,” about half of the respondents who reported sexual abuse while in prison identified correctional facility staff as their perpetrators.

My hope grew. Yes! Another workshop at the NSAC that explicitly critiqued the PIC and drew attention to the violence and oppression it perpetrates!

But in addition to hopeful, I also felt wary. Something wasn’t sitting right with me. Why did I feel so conflicted about rape crisis centers collaborating with corrections facilities to provide much needed education and crisis counseling? Isn’t it a good thing to expand options and resources for incarcerated people? It took me a while to sort through these questions and my unexpected reaction to the workshop.

I realized that I was uncomfortable with the overall framework for the conversation. I want to be very clear that I don’t think this was an intentional framing of the conversation but rather something that emerged as participants asked questions and thought through the practical challenges of providing services inside jails and prisons, such as funding restrictions that prohibit agencies from providing services to anyone convicted of a felony. Underlying almost all comments and questions was the distinction between “the good prisoner” and “the bad prisoner.” The key question seemed to be: How can rape crisis centers help the “the good prisoners” (meaning those who are not “career criminals”) who are raped by “the bad prisoners” (meaning those who are dangerous “predators” and target anyone who seems weak)?

This type of binary thinking – between the good/worthy/deserving individual and the bad/unworthy/underserving individual – is a hallmark of U.S. social policy. For instance, we distinguish between groups of welfare recipients. On the one hand, there are people who “deserve” non-stigmatized forms of assistance, such as Social Security and unemployment benefits, because they have “earned” it. On the other hand, we label people who receive stigmatized forms of assistance, such as TANF and food stamps, as “getting a handout from the government.” Not surprisingly, these distinctions typically are made along racial and class lines, with whites and middle- and upper-class folks falling into the “deserving” category and people of color and low-income and poor folks falling into the “undeserving” category. We draw similar distinctions in our criminal legal system, with more privileged groups having access to resources that help to evade this system and less privileged groups experiencing targeting by police and disproportionate involvement at all stages of the criminal legal system.

In her recent book Arrested Justice: Black Women, Violence, and America’s Prison Nation, Beth E. Richie explains how this binary thinking has constrained the mainstream anti-violence movement. (Quick plug: Hear Dr. Richie read portions of Arrested Justice at Women and Children First next Thursday, September 13th). She shows how the mainstream movement traded a complex analysis of gender-based violence that considers how racial and class inequality complicate this violence for the more simplistic “everywoman analysis.” According to the “everywoman analysis,” all women are at equal risk of becoming victims of interpersonal gender-based violence. As Richie argues, “everywoman” quickly became white, heterosexual, middle- and upper-class women in the eyes of legislators and the public. We thus have developed a very narrow mainstream understanding of what counts as gender-based violence. Subsequently, mainstream responses (i.e. calling the police and mandatory arrest policies) often do not work for victims and survivors who do not fit this narrow view. According to Richie (2012):

…the assumed race and class neutrality of gender violence – to some extent ignoring the issue of sexuality – led to the erasure from the dominant view of the victimization of lesbians, women of color in low-income communities, and other marginalized groups. State violence and harmful public policies could not fit into the everywoman analytical paradigm of the male violence that focused on individual men. The loss of focus on these groups seriously compromised the transgressive and transformative potential of the anti-violence movement’s radical social critique of power, various patriarchies, economic exploitation, and heterosexism. (P.91)

As rape crisis centers take on the challenging work of providing services inside jails and prisons, we must learn from the lessons that Dr. Richie highlights. We must very carefully identify our overarching framework for anti-violence work and reclaim the movement’s transgressive and transformative potential. We have to push past binary distinctions between “good prisoners” who are worthy of help and “bad prisoners” who are nothing more than “predators.” We have to question what are the anti-violence movement’s ultimate goals with regard to the criminal legal system. Presently, arrest, conviction, and incarceration generally are seen as desired, albeit rare, victories in the mainstream anti-violence movement. What follows from that perspective is that tougher laws are part of the solution. But we know the horrors of the PIC. We know the trauma and oppression it perpetuates. Given that reality, how can we, as anti-violence advocates and activists, in good conscience rely on the criminal legal system as a solution to sexual violence?

I think the overarching framework for the anti-violence movement must be a commitment ultimately to disrupt the relationship between the movement and the PIC. As Critical Resistance co-founder Dr. Ruth Wilson Gilmore advised during her talk last September at UIC, we must commit to “nonreformist reforms” – that is reforms that “do not expand the scope or life of the PIC in any way.”

I hope the anti-violence movement can hold on to this big picture focus while developing immediate responses to incarcerated survivors of sexual assault. While partnerships between rape crisis centers and correctional facilities may provide positive interventions in the short-term, these partnerships have the potential to deepen the relationship between the anti-violence movement and the PIC in the long-term. The key is to figure out how to provide these positive interventions in the service of disrupting this relationship. Our task is to figure out not only how to help “good” people who are harmed in prisons but how to end prisons. Given the energy I felt and the critical dialogues I participated in at the NSAC, I’m hopeful that the mainstream anti-violence movement is up for this challenge.

Previous Against Innocence: Race, Gender, and the Politics of Safety Next Heteropatriarchy Kills: Challenging Gender Violence in a Prison Nation