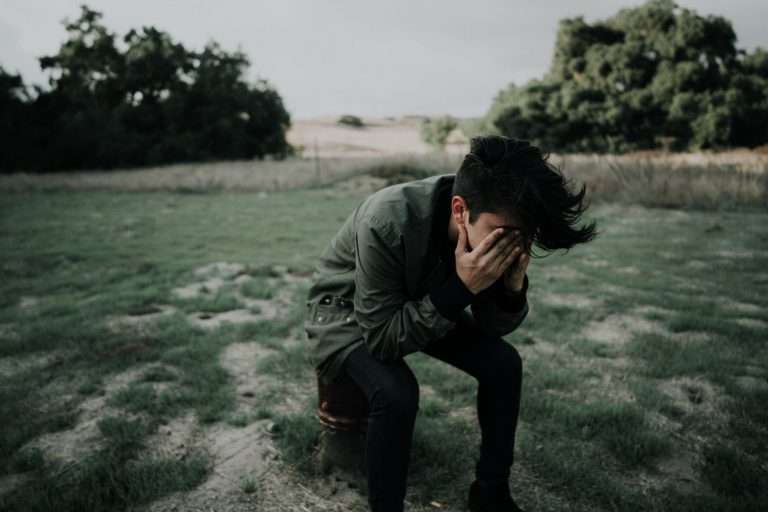 Getting Called Out: Why Acknowledging Oppression Matters More Than Your Hurt Feelings

It’s a natural desire to want to give your opinion on something. We all want to think that our perspective matters – and, depending, oftentimes, it does. But sometimes it doesn’t. And we don’t always think about the implications of our words.

Maybe you’re giving a presentation. Maybe you’re commenting on a post online. Most likely, you’re just having a conversation with someone. Suddenly, you get called out for saying something problematic – and you totally “didn’t mean it like that!”

So what do you do?

Impulse Reactions to Getting Called Out

If you’re anything like me, you’re immediately embarrassed and scrambling for a hasty explanation and apology whenever you’ve done something that offends someone else. But at the same time, these explanations can quickly become defensive, turning into rationalizing your own actions and dismissing the other person’s reaction.

You might even be confused or irritated as to why you’re being called out to begin with. We hear it time and time again – tales of the “social justice warrior” and political correctness police that want to turn everything into a fight to stroke their ideological superiority complex.

If only you hadn’t spoken your mind around someone so oversensitive! What a buzzkill. Surely anyone else would understand that you didn’t mean to be interpreted that way and you’re not really prejudiced against [insert marginalized group here].

You feel like your character is being personally attacked, and so you begin lecturing the other person about how they’re overreacting or their tone is too much or they used the wrong language. Conveniently, you thereby obscure the original problematic behavior that caused you to get called out in the first place.

No one learns anything, and soon everyone is just angry and inarticulate.

But listen up: Getting called out isn’t about needing to defend yourself.

Particularly if you’re in a position of privilege, thinking that you can simply belittle someone else’s feelings for the sake of maintaining your own integrity is not only counterproductive, but also allows oppression to fester.

So let’s talk about why getting called out is important and better ways to process problematic behavior and check your privilege.

The Power of Privilege

Beyond the fact that it’s just plain insulting to assume that racism/sexism/homophobia/whatever vehicle of oppression isn’t that big of a deal, you also have to recognize that being in a position of privilege means that you’ve been conditioned to accept your perspective as superior and automatically correct.

You may not consciously realize it, but you’ve become so accustomed to accepting only your own experiences as reality that you give yourself the authority to determine what is and isn’t real based on how relevant it is to your personal life.

When marginalized people call you out, your version of the world – the world and the culture that facilitates your privilege and the blissful unconsciousness that comes with it – is threatened.

The automatic response is to deflect this danger by compartmentalizing the problem in the approach of the other person rather than face the daunting task of deconstructing your own biases.

Think about the rhetoric that we use when handling someone who calls us out if we think they’re in the wrong. They’re angry, overemotional, and irrational. They have a chip on their shoulder, they’re wasting their time, they can’t find anything better to do. Or, my personal favorite, they’re spending too much time on the Internet.

In so doing, you establish a psychological dichotomy: The other person is childish and delusional, whereas you’re realistic and easily identified with. Essentially, you’re flaunting that you represent the mainstream and putting them in their place as part of obscure fringe culture.

The Myth of Passivity as Progress

Marginalized people have historically been painted as volatile and unstable to invalidate their experiences and simultaneously undercut their ability to advocate for or obtain basic human rights.

After all, we all know you can’t possibly expect to be respected if you’re angry! You have to be quiet and polite and patient, which is usually code for passive and subjugated.

How many times have you heard people dissociate themselves from feminism because feminists supposedly hate men? And of course black power groups make people uncomfortable because they must hate whites. Don’t forget about those sneaky gays converting everyone and spreading heterophobia with their so-called “agenda!”

No matter what, the focus always ends up back on the majority – so much so that the success of any movement hinges on how much you’re willing to water down your demands or your belief system to make it palatable to the mainstream.

Apparently, allocating basic humanity to marginalized people means unleashing a topsy-turvy, bizarre society where those in power are then subjected to the same suffering. I could write an entirely different article on the stupidity of that myth alone, but basically, that won’t happen in any universe ever because, hello, privilege!

It speaks volumes that the oppressors are so afraid of facing the same prejudice as the oppressed that they accuse them of wanting to tear apart society simply by asking to be treated like human beings.

We’ve been taught to fear total equality as the catalyst for anarchy, when actually it’s inequality that has caused the suffering of so many.

When you tell someone that they could’ve gotten their point across if they’d been “nicer about it,” you’re effectively saying that your perception of their oppression matters more than the oppression itself.

You can’t ask someone to beg for a microphone when you don’t even notice you’ve been handed a megaphone from birth.

The need to properly acknowledge privilege brings me to my next point – the rising trend of claiming reverse oppression.

It’s kind of like when people claim they don’t believe in feminism because they’re humanists. They believe in the equality of everyone, so criticizing anyone, especially men or the patriarchy, is therefore wrong.

We are in a phase in our culture where everyone likes to think we’re “post-everything.” Sexism and racism and homophobia are much less severe in the eyes of many than they once were, so in their minds, it’s time to shift the dialogue to being allegedly more conscious of the persecution of anyone.

(I should note here that the other -isms are under similar scrutiny, but the above are probably the most easily recognized.)

It follows that ideologically, broader is better because it’s more inclusive. However, you’re stripping the issue of important historical and cultural context in the process.

Take one of the less acknowledged forms of oppression, such as fatphobia. Every time someone posts an article about fat-shaming or thin privilege, someone will inevitably comment, “But what about skinny-shaming? Thin people have it rough, too!” and the thread quickly devolves into a grade school argument about who’s really worse off in the world.

You can find a “counter oppression” proxy to just about any social justice movement.

Look at the increasing incidence of white kids suing colleges claiming reverse racism due to affirmative action. Misandry is becoming the rallying cry of neckbeards everywhere who would rather not deal with those pesky feminists. And more and more straight people are demanding straight pride and insisting that queer people want to retaliate from homophobia with heterophobia.

Now, am I saying that it’s impossible to face discrimination if you’re in the majority? Of course not! But it’s important to know that oppression of minorities and the retroactive stigma applied to majorities in response can’t possibly exist on the same level or to the same extent because the latter hasn’t been reinforced by institutions for centuries.

At the end of the day, reverse oppression mostly results in hurt feelings, which really can’t be compared to the violence, psychological abuse, or even murder that marginalized folks are subjected to on a daily basis.

The problem with the whole “Hate won’t end hate!” mentality when it comes to drawing attention to “reverse –isms” is that often what the majority dismisses as so-called hate is usually honest criticism that needs to be addressed. There’s a definitive difference between bigoted vitriol and genuine critique.

Sure, attacking anyone based solely on their identity is awful, but that doesn’t mean that discussions of majority persecution have to preempt or supersede the concerns of marginalized individuals.

Rather than trying to convince yourself that you’re not part of the problem or your issues are more important than those at hand and hijacking conversations, take a step back and let others be heard.

You may well not be part of the problem at all, but that doesn’t mean that you shouldn’t listen in order to develop greater awareness and try to educate yourself to be a better ally of the given community.

Responding to Getting Called Out

You might be thinking, “Thanks for the crash course on oppression, but how do I deal with the day-to-day situation itself?”

The key thing is not to take the criticism personally.

If you interpret it as an attack on your character, you’re going to immediately stop listening. Instead, look at as an opportunity to learn how to increase your consciousness of others.

Also, if you fixate on proving to the other person that you’re not an as*hole, the exchange will probably escalate into an argument, which will in turn become a defense of your own opinion instead of respecting the other person’s experiences.

This is why it’s doubly important to do your best to remove your personal feelings from the apology.

In lieu of justifying your actions, try channeling your energy into understanding the other person’s perspective. Say something like, “I’m sorry. It wasn’t my intention to offend you. Could you explain why what I said was wrong?” You’re letting them know that you hear them and are open to changing your behavior.

It’s quite possible that the other person might not have called you out in the best way either. Aggressive tone or language might make you feel overwhelmed and less receptive to what they have to say.

However, you should never use this as a justification for not listening to them or devaluing their opinion. Tone policing has always been a prominent tool in perpetuating oppression.

Instead, take a moment to make sure you both collect yourselves and try to engage in a dialogue. Afterwards, maybe say, “I totally see where you’re coming from and I’ll be mindful of that in the future. I was kind of thrown off in the beginning and misinterpreted your intentions.”

And hey, I hate to break it to you, but the issue or the confrontation might be entirely your fault and you have to be prepared to be mature and take responsibility for that. None of us like to admit we’re in the wrong, but it’s best to not sugarcoat problematic behavior. You’ll be a better person for taking the time to learn in the long run.

So, next time you’re called out, remember that your feelings ultimately aren’t as important as acknowledging the social forces that enabled the problematic behavior in the first place.

Previous A Stand Up Start Up by Philly’s Pissed – Philly Stands Up Next Calling IN: A Less Disposable Way of Holding Each Other Accountable