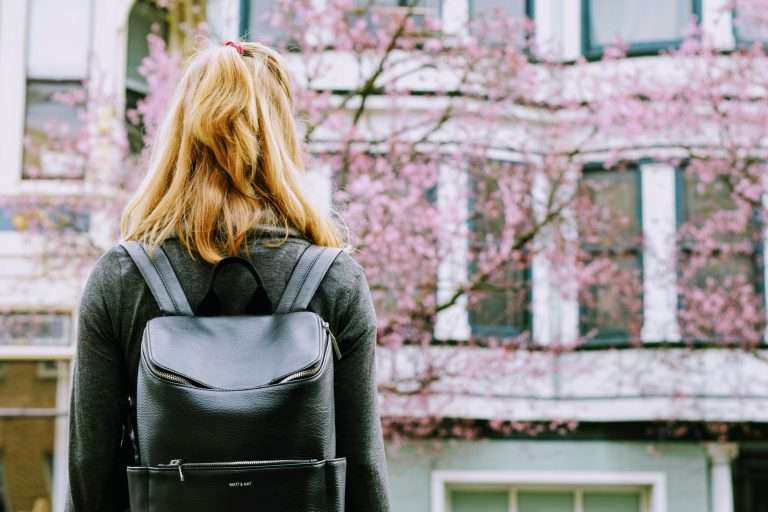 I’ve told my story many times — I was assaulted, I reported it to my university, and it swept it under the rug. When I was 19, I helped create the wave of activism around the issue of campus sexual assault that made headlines from 2013 to 2016.

The student movement during those years primed the public for #MeToo today: Survivors of sexual assault mobilized to end the stigma attached to it by telling our stories publicly. And, as is happening now, progress didn’t come without opposition.

We’ve been here before, and there are valuable lessons from our fight for today’s movement. One of the most promising has to do with justice. Over time, many student activists have become disillusioned with an emphasis on punitive justice — firings, expulsions and in some cases, prison sentences. We’ve seen firsthand how rarely it works for survivors. It’s not designed to provide validation, acknowledgment or closure. It also does not guarantee that those who harmed will not act again.

As the campus sexual assault movement, and now #MeToo, has made clear, sexual injustices, from harassment to rape and assault, are deeply ingrained in American society, involving people from all walks of life. We cannot jail, fire or expel our way out of this crisis. We need institutional responses to sexual harm that prioritize both justice and healing, not one at the expense of the other.

When I was assaulted at 18, I knew clearly what I wanted: I wanted him to never violate anyone else again, ever. Four of us whom he’d assaulted told the university, through proper channels; he was eventually found responsible, but the punishment was negligible. Nor did it achieve my goal: He assaulted another person the weekend of his graduation. The whole process made me feel betrayed, angry and unvalued. It was worse than the assault itself.

Later, when I got involved in campus sexual assault activism and did Q. and A. sessions around the country, people often asked me why I hadn’t then gone further, seeking to have him expelled or reporting him to the police. I always felt uncomfortable when asked these questions — it was as though I had to prove that my story was really “that bad,” as if I admitted I didn’t want him to go to jail, it would minimize his wrongdoing. The reason I gave for not reporting him to the police was that I didn’t want to go through a lengthy court process. While this was true, it was more than that: First, I wanted to get on with my life. But second, putting him in prison seemed almost laughably ill suited to what I needed. What I wanted was for him to change his behavior. He needed an intervention, not prison. He got neither.

I had to fit my priorities into a box that was never designed to hold them, as do so many other survivors. Sexual injustices exist in many forms, from casual sexism and harassment to sexual assault and rape. But people harmed by them have, by and large, only two options: They can try to have the perpetrator formally punished, or they can do nothing. The process of reporting formally is important to many survivors and must be protected; we know, however, that a vast majority of people will not choose this path. And all survivors — regardless of whether a report is filed or a harm-doer is exposed — deserve justice, healing and trust.

Recognition of the scale of sexual assault and harassment in the United States has, understandably, inspired a wave of outrage. Women who have watched known predators act without consequences for years are angry, as they should be.

But it is this same factor — the scale of the problem — that ensures that cries for retribution on a mass scale are untenable. We’re simultaneously dehumanizing the people who committed sexual assault for years by calling them monsters and learning that the people who commit these crimes are our friends, co-workers, family members and partners. Such dynamics become too much to grapple with; as a result, the conversation devolves into an argument about whether #MeToo has gone “too far” versus “not far enough”; my fear is that this is where it will stall until we lose patience and move on, when what we really need is a new approach.

There are other models out there. Black survivors, who are often reticent to report sexual assaults to the same officers who criminalize their family and friends, and Native American survivors, who are often barred from pressing criminal chargesagainst non-Native perpetrators in tribal courts, have long argued for alternatives. Tarana Burke, founder of the #MeToo movement, echoed this sentiment to me last week, declaring, “It’s time to turn this ship around.”

Academics are already building upon this sense that we need more options. At the University of Arizona, Mary Koss, who did groundbreaking work on campus rape in the 1980s, piloted a program called Restore that uses a framework in which the harm-doer takes responsibility for what happened and a formal plan is developed for the person to make amends and change his behavior. This approach also involves community members along with family and friends.

Alternative forms of justice are also taking hold in contexts beyond campuses. In 2016, Black Women’s Blueprint, an organization that advocates for black women who are survivors of sexual violence, convened a Truth and Reconciliation Commission conceived by its members. The four-day commission gave 15 survivors the space to share their stories and be publicly affirmed by the community. It also created space for individuals, whether harm-doers or those who enabled them, to take responsibility. One minister apologized on behalf of the religious community for not believing or supporting survivors, which Farah Tanis, the director of BWB, called “tremendous,” “shocking to get” and “so important for so many survivors in the room.” She also noted that some men in attendance said that they had sexually harmed women and offered apologies, which took the burden off survivors to initiate reconciliation.

How to expand these models on a large scale remains a big question. (There have already been calls to bring alternative-justice models to Hollywood.) There are plenty of challenges and factors to consider. For instance, because institutions seek to protect their bottom lines and insulate themselves from legal liability, it’s not clear that they can ever be truly fair and unbiased; survivors need an option that is truly independent, and ideally publicly funded. We need solutions at the scale of the problem, which private or charitable funding alone cannot create.

But if the momentum and passion behind #MeToo and the campus sexual assault movements demonstrate anything, it’s that our systems for dealing with sexual injustices are broken. The question is whether we are using this moment to construct better ones.