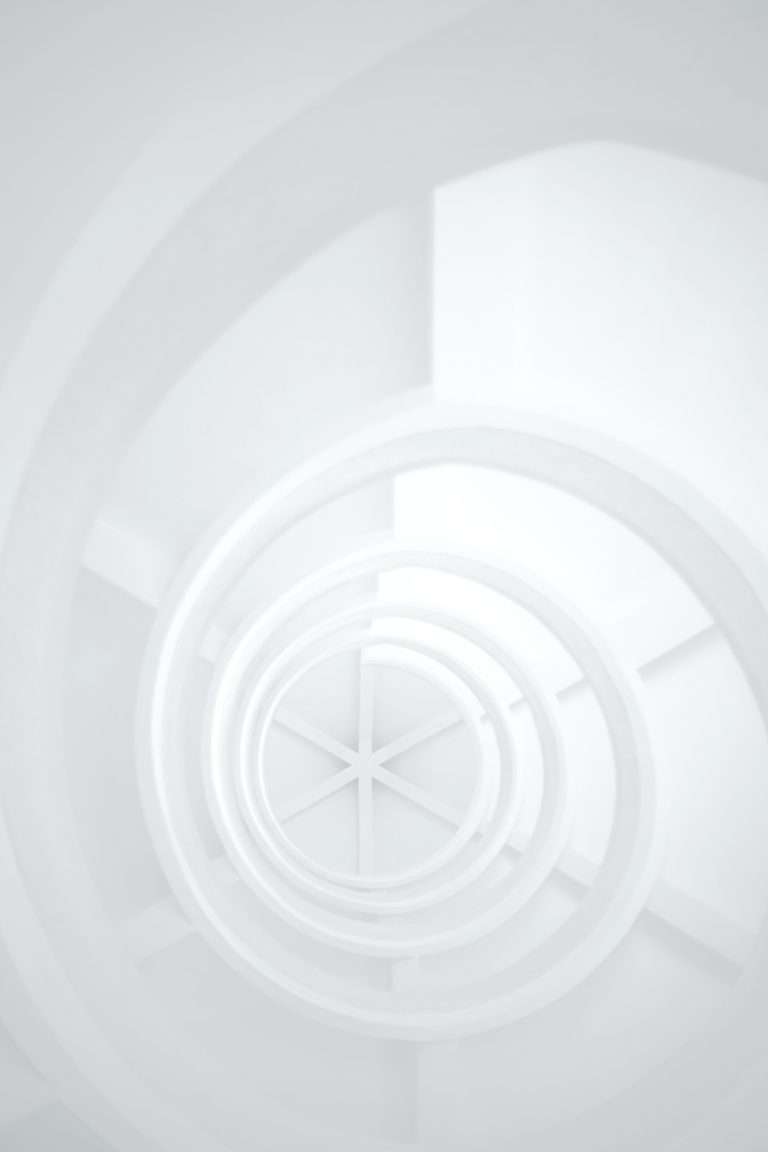 During the spring of 2014 the Bay Area Transformative Justice Collective (BATJC) began using the term “pod” to refer to a specific type of relationship within transformative justice (TJ) work. We needed a term to describe the kind of relationship between people who would turn to each other for support around violent, harmful and abusive experiences, whether as survivors, bystanders or people who have harmed. These would be the people in our lives that we would call on to support us with things such as our immediate and on-going safety, accountability and transformation of behaviors, or individual and collective healing and resiliency.

Prior to this, we had been using the term “community” when we talked about transformative justice, but we found that, not surprisingly, many people do not feel connected to a “community” and, even more so, most people did not know what “community” meant or had wildly different definitions and understandings of “community.” For some, “community” was an overarching term that encompassed huge numbers of people based on identity (e.g. “the feminist community”); while for others “community,” referred to a specific set of arbitrary values, practices and/or relationships (e.g. “I don’t know them well, but we’re in community with each other”); or some defined “community” simply by geographic location, regardless of relationship or identity (e.g. “the Bay Area community”). We found that people romanticized community; or though they felt connected to a community at large, they only had significant and trustworthy relationships with very few actual people who may or may not be part of that community. For example, someone might feel connected to “the queer community,” but when asked who from that “queer community” they felt they could trust to show up for them in times of crisis, vulnerability or violence, they could only name 2 or 3 people.

Although “community” is a word that we use all the time, many people don’t know what it is or feel they have never experienced it. This became increasingly confusing as we used terms such as “community accountability” or “community responses to violence” and encouraged people to “turn to their communities;” and this became even more complicated in dealing with intimate and sexual violence because the violence, harm and abuse was often coming from their “community” because so many people are abused by someone they know.

We needed a different term to describe what we meant, and so, “pods” was suggested and it stuck. This is not to say that we don’t use the term “community” still—we do; but we needed to create new language for our work.

We knew that across the board, people who experience violence, harm and abuse turn to their intimate networks before they turn to external state or social services. Most people don’t call the police or seek counseling or even call anonymous hotlines. If they tell anyone at all, they turn to a trusted friend, family member, neighbor or coworker. We wanted a way to name those currently in your life that you would rely on (or are relying on) to respond to violence, harm and abuse.

Once we started using the term “pods,” we realized a bunch of things:

– Most people have few solid, dependable relationships in their lives. Much of this is from the breaking of relationships, isolation, fear and criminalization that capitalism requires. We found that for many people, mapping their pod was a sobering process, as many thought their pod would be larger than it actually was. It is not uncommon for most people to have 1 or 2 people in their pod. We reassure people this is not a popularity contest, but rather a chance to reflect on why we have so few relationships with the kind of deep trust, reliability and groundedness we need to be able to respond well to violence.

– Asking people to organize their pod was much more concrete than asking people to organize their “community.” Once we had the shared language and concept of “pod,” it allowed transformative justice to be more accessible. Gone were the fantasies of a giant, magical “community response,” filled with people we only had surface relationships with; and instead we challenged ourselves and others to build solid pods of people through relationship and trust. In doing so, we are pushed to get specific about what those relationships look like and how they are built. It places relationship-building at the very center of transformative justice and community accountability work.

– “Pod people” don’t fall neatly along traditional lines, especially in situations of intimate and sexual violence. People don’t necessarily turn to their closest relationships (e.g. partner, family, best friends), especially because this is often where the violence is coming from, but also because the criteria we would use for our pod people is not necessarily the same as what we use (or get taught to use) for our general intimate relationships. We have different and specific kinds of relationships with our pod people, often in addition to relationship and trust, they involve a combination of characteristics such as, but not limited to: a track record of generative conflict; boundaries; being able to give and receive feedback; reliability. These are characteristics and skills that we are not readily taught to value in U.S. society and don’t usually have the skillset to support in even our closest relationships.

– Building analysis was much easier than building the relationship and trust required for one’s pod. Once people started to identify their pod, it became clear that most of the people they would call on were not necessarily political organizers or activists and usually didn’t have political analysis. This was true, even for political organizers and activists who were mapping their pods. Using the language of “pods” was a way to meet people where they were and reveal what was already working in their intimate networks. People already had individuals in their lives they would turn to when violence happened (even if it was just one person). So this is where we needed to focus our work, instead of trying to build new relationships with strangers who might share a political analysis, but had no relationship to each other, let alone trust. We set out to build through our relationships and trust. We then worked to support our folks in cultivating a shared analysis and framework for understanding intimate and sexual violence through many things, most notably our transformative justice studies.

– The BATJC focuses on transformative justice responses to child sexual abuse. Growing and deepening our pods helps us build where children already are. Utilizing the concept of pods is a way to reach children where they are because a 5 year old is not going to reach out to us for support, nor should they be expected to spearhead a community accountability process. The more we can grow our own pods and have conversations about protecting and supporting the children and youth in our lives, the better prepared we will be to respond to child sexual abuse in our intimate networks.

– Relationship and trust, not always political analysis, continue to be two of the most important factors in successful TJ interventions, whether in supporting survivor self determination and healing, or in accountability processes. Though shared language, values, and political understandings can be very useful in responding to violence, we find that these are easier to build where relationship and trust already exist. By building where there is already authentic relationships and trust, rather than trying to piece together shallow versions, we help to set the conditions for, not only, successful TJ responses, but the likelihood that people will respond to violence at all.

– There are many people who do not have any pod people. This a very real reality for many oppressed and isolated communities/individuals because of how capitalism, oppression and violence shape our lives. For example, many disabled people are extremely isolated because of lack of access and resources; many immigrant women of color are isolated because of language or documentation; adults, youth and children who are surviving current abuse such as domestic violence may be isolated by their abusers. We hope that by beginning to build and grow pods where they already exist (or could exist), we can help build the conditions to be able to support people who do not have pods. By growing the number of people in the Bay Area who can recognize, talk about, prevent and respond to violence, we hope to make it that much more likely that people in need of support will find it in their daily lives. We also believe that orienting from a place of growing pods can help us gradually move away from the structures that keep people isolated. In this way, building our pods is not only useful for ourselves and the people in our immediate circles, but has the potential to help build a network of pods that could support anyoneexperiencing violence.

Above is our Pod Mapping Worksheet, which you can download here. We use this as a template to help people start to identify who could be in their pod(s). We invite people to fill out multiple worksheets for their different pods. This is only a basic template, people are welcome to create their own pod maps.

1)   Write your name in the middle grey circle.

3)   The dotted lines surrounding your pod are people who are “movable.” They are people that could be moved in to your pod, but need a little more work. For example, you might need to build more relationship or trust with them. Or maybe you’ve never had a conversation with them about prisons or sexual violence.

4)   The larger circles at the edge of the page are for networks, communities or groups that could be resources for you. It could be your local domestic violence direct service organization, or your cohort in nursing school, or your youth group, or a transformative justice group.

Your pod(s) may shift over time, as your needs or relationships shift or as people’s geographic location shift. We encourage people to have conversations with their pod people about pods and transformative justice, as well as to actively grow the number of people in their pod and support each other in doing so. Growing one’s pod is not easy and may take time. In pod work, we measure our successes by the quality of our relationships with one another and we invest in the time it takes to build things like trust, respect, vulnerability, accountability, care and love. We see building our pods as a concrete way to prepare and build resources for transformative justice in our communities.