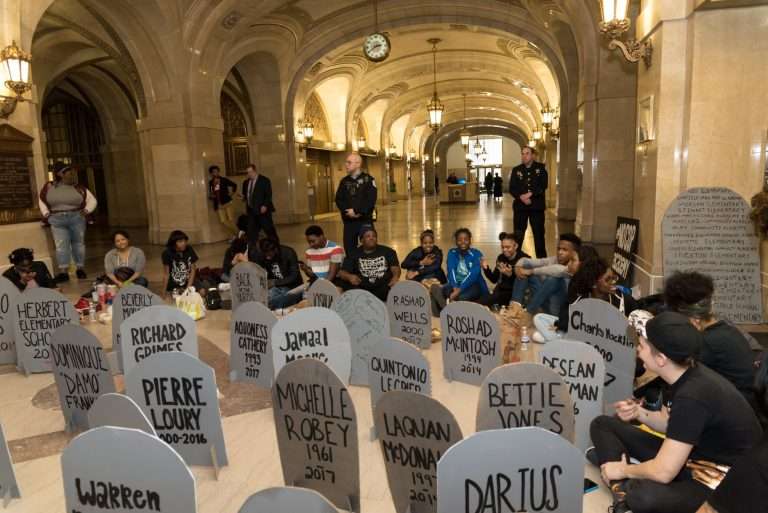 Police “Reforms” You Should Always Oppose

I read today that President Obama has offered some measures for ‘reforming’ the police.

Here is a simple guide for evaluating any suggested ‘reforms’ of U.S. policing in this historical moment.

1. Are the proposed reforms allocating more money to the police? If yes, then you should oppose them.
2. Are the proposed reforms advocating for MORE police and policing (under euphemistic terms like ‘community policing’ run out of regular police districts)? If yes, then you should oppose them.
3. Are the proposed reforms primarily technology-focused? If yes, then you should oppose them because:
a. It means more money to the police.
b. Said technology is more likely to be turned against the public than it is to be used against cops.
c. Police violence won’t end through technological advances (no matter what someone is selling you).
4. Are the proposed ‘reforms’ focused on individual dialogues with individual cops? And will these ‘dialogues’ be funded with tax dollars? I am never against dialogue. It’s good to talk with people. These conversations, however, should not be funded by tax payer money. That money is better spent elsewhere. Additionally, violence is endemic to U.S. policing itself. There are some nice individual people who work in police departments. I’ve met some of them. But individual dialogue projects reinforce the “bad apples” theory of oppressive policing. This is not a problem of individually terrible officers rather it is a problem of a corrupt and oppressive policing system built on controlling & managing the marginalized while protecting property.

What ‘reforms’ should you support (in the interim) then?

Ultimately, the only way that we will address oppressive policing is to abolish the police. Therefore all of the ‘reforms’ that focus on strengthening the police or “morphing” policing into something more invisible but still as deadly should be opposed.

Previous You Are Already an Abolitionist Next What is Abolition?