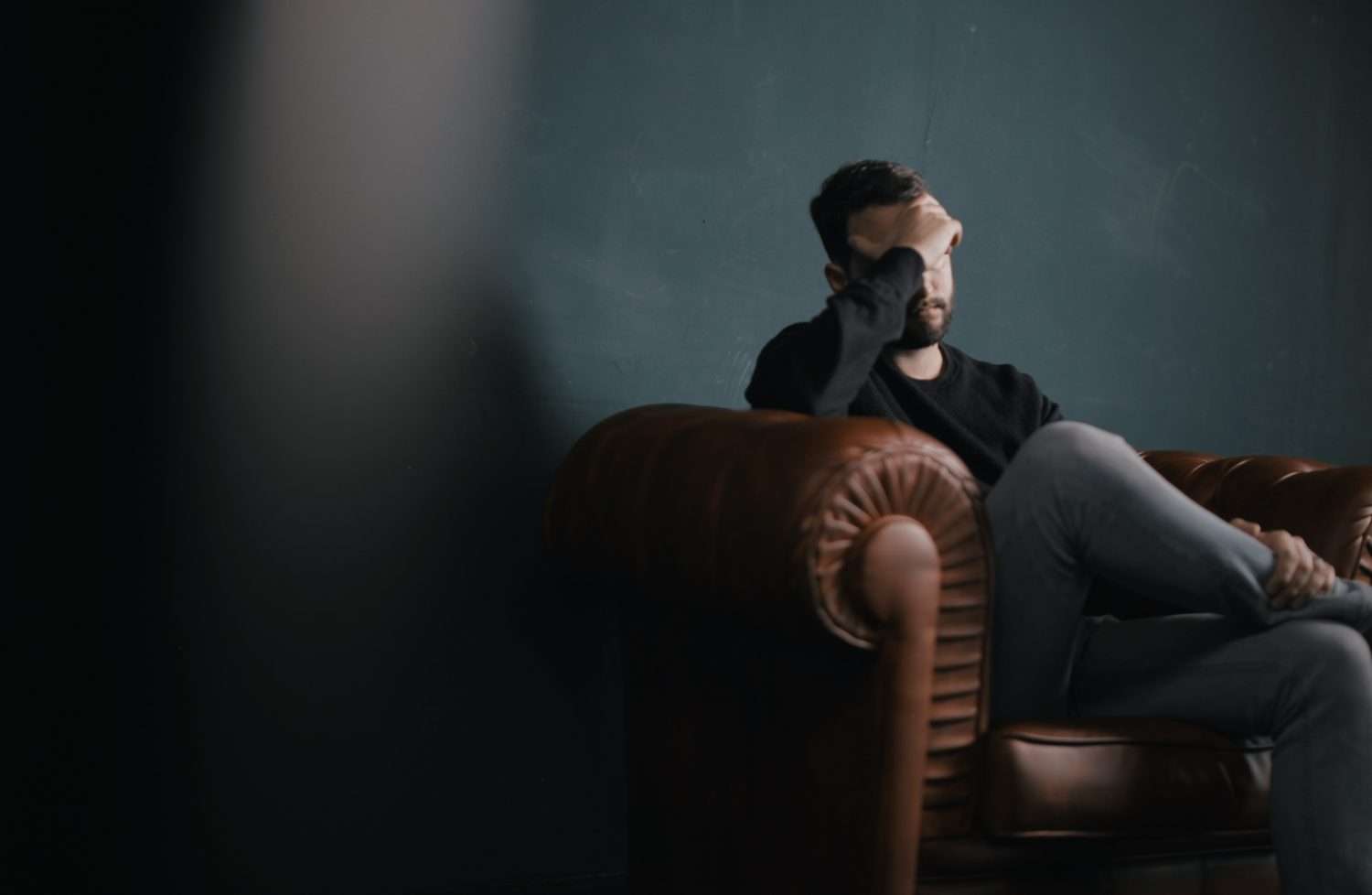 Can restorative justice, in which offenders talk with people who have been harmed by their crime, work for domestic-violence cases? And who exactly does it benefit?

The cops only came once for Kimberly and Jason.It was 2000, and Kimberly was 5 foot 2, 100 pounds, 20 years old, and pregnant. Her husband Jason had gotten rough with her during an argument, one that was loud enough for the neighbors to hear and scary enough to make them call the police. When Jason pushed her, Kimberly pushed back, leaving long, red nail scratches down his throat. The cops took one look at the marks and told Kimberly to get in the back of the cruiser. Jason told them to take him instead.

The pair had met at a Baptist church in Portland, Oregon, when they were both in high school. She was 15, he was 17. She needed a ride home one night after youth group, and he had a car. They were married at 18 and 20. Their first baby came a couple of years later.

Both grew up in conservative, religious homes. Both households were abusive, places where slaps and shoves happened, but more often the abuse was psychological. “I never saw what a marriage could be,” Kimberly says. Her husband didn’t, either.

This was the foundation on which Kimberly and Jason built their family.

No charges were filed that day in 2000. But nine years into her marriage and three children later, Kimberly sought counseling for depression. During one session, her therapist asked her if she had experienced domestic abuse, a term she had never thought to apply to her own marriage. Kimberly says the moment was eye-opening. “I didn’t know what I didn’t know.”

Over the past six years, Kimberly and Jason have undergone counseling, separated, made amends, separated again and come back together again. After their first separation, Kimberly changed dramatically from the demure wife she once was. “Suddenly you’re not under a thumb anymore,” she says. “I got very loud.”Loud meant Kimberly drew hard lines in her marriage: Jason could come home, but he could only sleep on the couch. Kimberly, meanwhile, began taking classes designed to help domestic-violence survivors heal from the abuse. And in 2011, she started telling her story to people she never thought would listen: men who’d abused their partners.

Through her classes, Kimberly learned of and was eventually asked to speak on a panel for Domestic Violence Safe Dialogue (DVSD), a Portland nonprofit with a mission of allowing survivors to “speak to domestic violence offenders honestly” about their experiences. DVSD hosts Survivor Impact Panels (SIP) through two Portland-area counties. Survivors speak to a crowd of offenders at least 26 weeks into court-ordered therapy, discussing how domestic violence affected their lives. (They don’t know the offenders in the audience.) The men listen, then ask questions.

DVSD was founded in 2000 by Carrie Outhier Banks, a former domestic-violence-shelter worker with a Ph.D. in conflict analysis. The organization applies restorative justice to situations of intimate-partner violence—an idea that came to her after years hearing the women in the shelters wonder if they were at fault for their abuse. “You just keeping hearing over and over ,‘I wish I could understand,’” she says.

Restorative justice—a term popularized by criminologists in the 1990s— is a victim-centered, dialogue-based practice that attempts to repair the harm caused by crimes. It can be run by the criminal-justice system or outside organizations, and is often used in property crimes—broken fences, stolen goods. But recently, it’s trickled into other, bigger arenas. In 2013, The New York Times reported on a murder case in which the parents of a young woman who was killed by her boyfriend used restorative-justice tactics to weigh in on sentencing, in conjunction with the boyfriend and the prosecutor.

In the context of partner violence, though, the concept is still a controversial one. Banks recalls the day she first proposed her idea at a national domestic-violence conference in 2000: Why not bring together a survivor and an offender, neither of whom knows the other, and let them have a dialogue?

The idea wasn’t a popular one. “The criticism at the time was survivors aren’t strong enough,” Banks says. “[People said,] ‘How dare you? You’re going to re-victimize them.’”

“I was told to leave the conference,” she adds. “I was stunned.”

Banks wasn’t the first to apply restorative justice to domestic abuse—and she’s also not the first to come under fire for it. When the criminologist John Braithwaite co-wrote a paper on the idea 20 years ago, he says, it was “extremely controversial.”

That it’s still controversial today is puzzling to him, Braithwaite says, because it works. “RJ can reduce reoffending by violent offenders by as much as 40 percent in some studies,” he says. And if victims, too, are benefitting, “it does not make much sense to have the view that RJ should never be considered for violence against women,” Braithwaite says.In 2013, the neuroscientist Daniel Reisel gave a TED Talk arguing that restorative justice is far more effective in rehabilitating offenders than incarceration. “The more stress, the less brain development,” he says, pointing out that an offender’s amygdala, the part of the human brain responsible for empathy, can grow when he understands the impact of his actions. Jail doesn’t do that. “It is ironic that our current solution for people with stressed amygdalae is to place them in an environment that actually inhibits any chance of further growth,” he said.

But restorative justice does. “The perpetrator can see, perhaps for the first time, the victim as a real person with thoughts and feelings and a genuine emotional response,” Reisel says. “And [that] may be a more effective rehabilitative practice than simple incarceration.”

Banks, alongside the DVSD program director Matt Johnston, continues to petition local governments to implement their programs. They’ve also asked universities and corporations to host survivor-impact panels in hopes that the more people that hear the stories of survivors, the more people can recognize abusive behavior in their own lives. DVSD also facilitates one-one-one dialogues, where abused women have a supervised discussion with a man who has battered his partner.

Banks ignores critics who say her program would be too traumatic for survivors. “These are people who have gotten up and lived through abuse every single day,” she says. “They’re strong.”

Emily Gaarder, a sociologist based in Duluth, Minnesota, works with Domestic Violence Restorative Circles (DVRC), an offshoot program of the larger violence-prevention nonprofit called Men as Peacemakers. Gaarder says her program concentrates on men who are “repeat, serious offenders,” and takes on 10 cases each year. She says that her organization discussed the idea of restorative justice for four years before implementing it in their work. “You couldn’t just take the basic restorative-justice model and plop it on domestic violence,” she says. “The dynamic of intimate partner abuse is very different from a one-time incident.”

As her group was starting in the early 2000s, Gaarder says the American criminal-justice system was still coming around to the idea that violence between partners was actually a crime. The first Violence Against Women Act was signed into law in 1994. At the time, Gaarder says, some of her colleagues worried that restorative justice could make a situation worse for an abused woman. But ultimately, they decided, trying something and potentially failing was better than doing nothing to fix a problem. “‘She’s already not safe,’” Gaarder recalls one of her colleagues saying. “I found that really profound. And it said something about how powerless so many of us feel in order to stop [abuse].”

Some proponents of restorative justice believe it offers abused women an option that traditional law-enforcement techniques don’t. Mimi Kim has worked in women’s shelters across America, and in 2004 founded Creative Interventions, a San Francisco-based restorative-justice program, after becoming “ increasingly dissatisfied with the limitations of our response,” particularly a reliance on policing as the primary means of combating domestic violence, she says.“This is a part of a larger movement led by people of color really demanding that we have a different response to gendered violence that isn’t so reliant on criminal justice,” she says. Although research has shown that African American women suffer disproportionately high rates of domestic violence, Kim explains, current movements like Black Lives Matter illustrate a lack of trust between communities of color and the police who are supposed to protect them. Restorative justice, she says, could provide another way.

Other proponents of restorative justice say it offers an alternative to the unilateral notion that a woman in an abusive relationship should always leave her partner, and that she’s at fault if she doesn’t. Sujatha Baliga, a former public defender and director of the Restorative Justice Project at Impact Justice, points to cases where abused women have had their children taken away: “We effectively replicated the violence of the batterer with the violence of the state.”

Believing abusers are incapable of change and throwing them behind bars won’t solve the issue either, Baliga argues—it “ignores the fact that people do things not because they are bad.” Transgenerational trauma—like what Kimberly and Jason saw growing up— isn’t fixed by jail time.

“My husband is not a bad man,” Kimberly says.

It’s been six years since she recognized the abuse in their relationship—six years that have, maybe, been harder than the years before. Their most recent separation lasted seven months, ending when they reconciled this past July. They’re both in counseling. They’ve both changed. “I don’t think it’s a miracle story,” she says. “It’s not been super consistent and super happy. It’s been really, really difficult.”

But Kimberly’s story is an anomaly, in some ways. She and Jason are still married. It’s hard to raise three kids alone. “I’m not sure about the longevity of it. That’s something we’re trying to figure out right now.”

Since 2011, Kimberly has spoken at least six times a year at DVSD survivor panels. Sometimes, she says, she sobs through the entire thing.

But in late August, her face was hard as she sat onstage with two other survivors, waiting to tell her story to an audience of two dozen men—young and old, some in tucked-in shirts, some in cargo shorts and camouflage hats.

Before the panel discussion began, Johnston explained the ground rules: The three women would speak, and at the end the men could ask questions. “Has everybody learned in group what victim-blaming questions are?”

The room was silent. Johnston looked around the room nervously. “I’ll give an example: What did you do to provoke it?” he said.The men nodded.

Kimberly’s story came last. When she was finished talking, a man in the audience raised his hand.

“Is there any ownership you want to take for your side? For your part?” he said.

Johnston sat upright. The women on the panel were silent.

“Any times where you didn’t respond the right way?” the man clarified.

Johnston made a gesture toward the women, “Do you want me to…” he started to say before Kimberly shook her head.

She paused and looked at the man, eyes fixed on him. She took a deep breath.

And when Kimberly did speak—articulately, patiently, directly—it came out strong.

The man still seemed confused, but before he could say more, another man raised his hand.

“I just wanted to say thank you to you ladies,” he said, “for sharing your stories with us.”

The Art of Flocking: Cultural Stewardship In the Parks

Transformative Justice Behind the Wall

Thinking about how to abolish prisons with Mariame Kaba

There is No Such Thing as Prison Reform