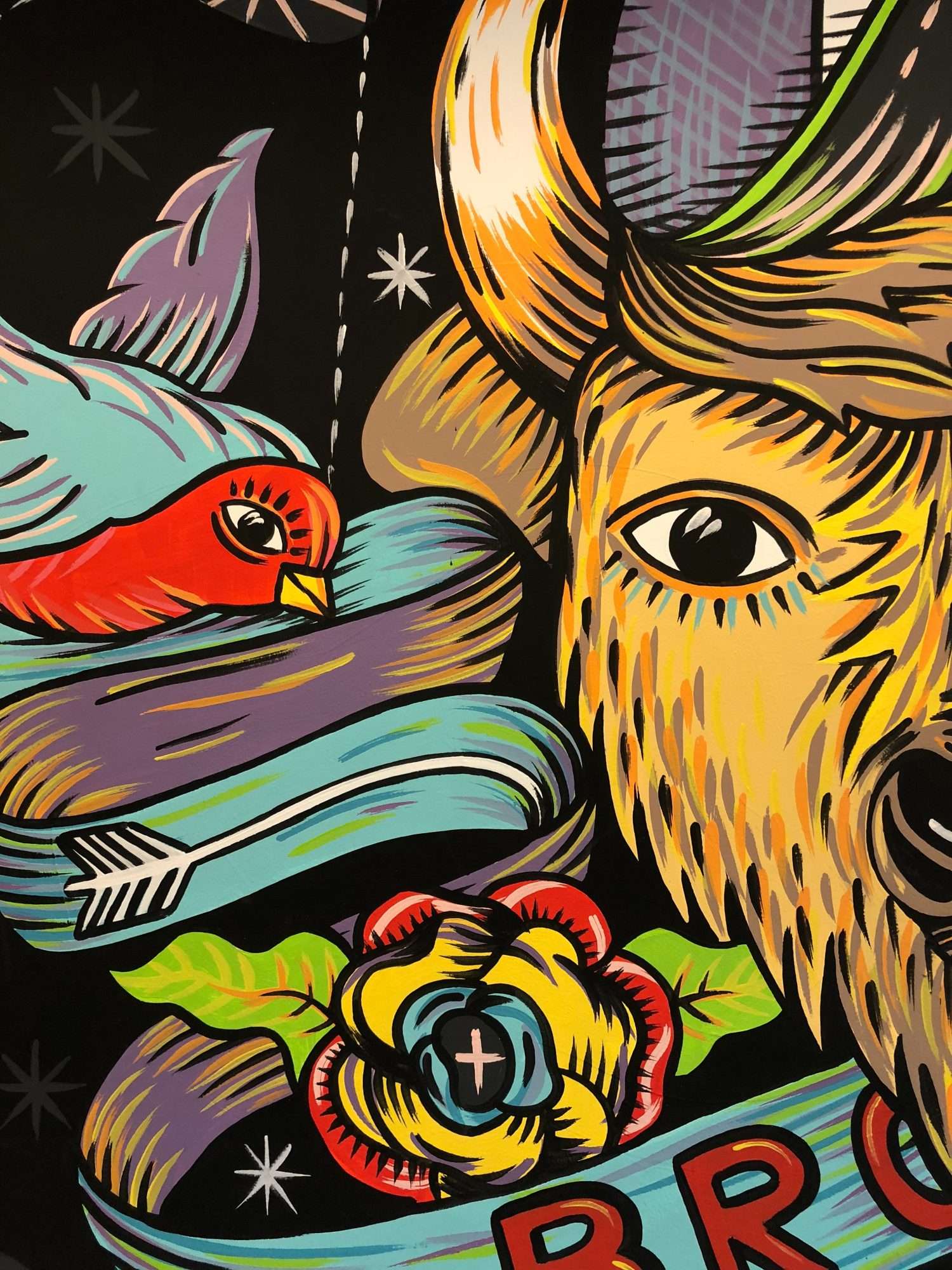 It’s time to tell the whole truth about Junot Diaz. Last month, he came out with a powerful piece in the New Yorker about having been raped as a boy. He connected the dots to his own toxic behavior in relationships where he abandoned and betrayed his partners and slept around.

But the story doesn’t end there. Starting with a post-midnight tweet on May 4th, writers Zinzi Clemmons, Carmen Maria Machado, and Monica Byrne began publicly filling out the picture of Diaz’s harm to women, and it’s not pretty. Sexual assault. Verbal abuse and bullying. I believe these women are telling the truth, and I believe that we may hear more and worse before this truth-telling is done. Yet as the stories come forth, I also have my eye on the aftermath.

In particular, Clemmons says that when Diaz came and spoke at a workshop on representation in literature, “I was an unknown wide-eyed 26 [year old, and] he used it as an opportunity to corner and forcibly kiss me….I refuse to be silent anymore.” Feminists were outraged when Tr*mp described similar behavior: “I just start kissing them….I don’t even wait. And when you’re a star, they let you do it. You can do anything.…” What he really meant was that he catches women completely unaware, and when you are a star, the institutions allow you to get away with this type of sexual assault. Junot Diaz was that star in our writing community for people of color. He could get away with it due to his awards and his fame, and he would always have new “wide-eyed” young women whose guard would be down.

Monica Byrne rightly asks the question of the New Yorker editors: “I read that piece and thought: Did no one at @NewYorker think to ask him what ‘I hurt people’ might mean? Fucking really? In this era?”

The word my Puerto Rican mother would use for Junot’s sanitized version of his behavior would be “chickenshit.” He was bold enough to have his #MeToo moment about his victimization, but not about his victimizing. No. The trauma he experienced doesn’t justify or excuse his behavior. It’s unacceptable. Some of it is illegal.

Today is a day to be pissed. To cuss him out in private and in public. To send all our love and solidarity and support to Zinzi and Carmen and Monica, and whoever else will have come out with her story by the time I publish this or the time you read it. I believe women. I support women. I stand up for women.

What about tomorrow? As Katie J. M. Baker asked in her New York Times Opinion piece, “what do we do with these men?”

I’m not trying to rush anyone’s process of raging about this level of misogynist abuse. But what comes after the anger? Once we’ve had the whitest hot flame of our fury, what do we do with the eight-year-old Diaz who was raped? If he hadn’t grown up to act like an asshole, we would have compassion for him. Since he did grow up to act like an asshole, is there any way that we, as a community, can hold both? I’m not saying to stop being angry. Who can stop being angry when rape culture is certainly not stopping it’s steamroll over our bodies and our consent? But can we hold the complex reality that Junot Diaz is both a #MeToo survivor and a perpetrator? Because this type of abuse is a cycle. Boys are abused (usually by men and older boys) and many become older boys and men who abuse. I don’t want to give him a pass. But I am glad that he appears to be getting help for the trauma that led him to mistreat women in so many different ways. Betrayal in intimate relationships, assault, abuse and predatory behavior in the community of writers of color.

When women are abused, we are less likely to abuse others in the same way that men are. Statistics show that sexual assault and domestic violence is overwhelmingly committed by men, although female perpetrators and male victims exist, as well. Junot is both.

My goal isn’t to drag Junot Diaz, nor is it to excuse him. My goal is to end sexual violence against women and girls. And in order for that to happen, we need to end male domination. If our society weren’t male dominated, males wouldn’t form a hierarchy in which they abused each other, and females wouldn’t be a dumping ground for men’s toxicity and trauma. But as we work toward reorganizing social and political power in the world, we also need men need to heal individually and in groups. And in order for men to heal, they need both compassion and accountability: men need to reconnect with their empathy, and to be accountable for the harm they caused. We need some restorative or transformative justice. Junot Diaz has a lot of apologies to make. Maybe more than he can remember or finish in his lifetime. He should start now. There also need to be spaces of compassion for men who have both harmed and been harmed. The people they victimized shouldn’t be responsible for holding out that compassion. Forgiveness is optional. But I support men having compassionate spaces to heal.

Because I actually do want men to heal. They’re not a bad batch that we can throw away and get a new set. These are the men on our planet, in our communities, in our families, and in our beds (not all of us, but many). I want men to stop brutalizing women. I want them to stand up to other men’s misogyny. Not some vigilante fantasy, but the everyday shit. They need to speak up when their dude friends are talking sexist shit at the ball game or moving in on a woman at a club or party who’s too drunk to consent or crossing boundaries at a strip club or abusing their female partners or cheating on them. I want all that shit to change. And in order to change those behaviors, men need to grow their capacity for empathy and bravery by addressing their trauma. By his own account, Junot has begun to do so, but it’s far from perfect.

Many have suggested that he came out with the New Yorker article to pre-empt the accusations that were bound to come out. Maybe he did. But even if his motives were shady, I still maintain that his New Yorker piece dealt a blow to toxic masculinity. He broke the code of silence among men, particularly heterosexual men of color: if you are violated by another man, never, ever let anyone know. It makes you weak. It makes you a punk. It makes you a woman. For men, to admit victimization is utterly taboo. Junot is the first high profile man of color to tell his story of victimization at the national level. Coming from a poor, African diaspora immigrant background, this is huge. Previously, there had been no high-visibility role model for male survivors from the hood. Now there is. But what do we do with its profound imperfection?

Right now, many of us women are in our own typical pattern for trauma survivors: we see men through a binary. He’s either a good brother or he’s trash. People either want to excuse Junot or vilify him. We need to hold both: he’s a brother with a history of abusing and being abused. I believe that a man like Junot can be redeemed. But let’s be clear, he hasn’t redeemed himself yet. He would need to start telling more of the truth in his public statements, he would need to keep doing his healing work, and he would need to find ways to make amends for all the harm he caused. Maybe he needs to stop teaching for a while. Maybe he needs to be supervised when he’s with female students. Maybe he shouldn’t be jet setting as a guest lecturer star to places with wide-eyed students. I’m not sure what consequences are needed, but it can’t be business as usual. Still, whatever steps need to be taken to intervene in his behavior, I still believe the following basic truth: nobody wants to grow up to be a misogynist. Baby and toddler boys reflect the true nature of the human male before it’s poisoned by toxic masculinity. I want to hold Junot accountable, but I also want to hold up his humanity and push him to be a better leader in this conversation. In the past, he has called himself writing about toxic masculinity. He has also acted it out, and pushed back hard on women who challenged him. Whether we like it or not, he’s a leader, and I want him to use his powers for good.

My greatest hope here is that a space can open up for men to support each other and to begin to do the emotional labor on each other’s behalf. As it stands, girlfriends, wives, female friends, mothers, aunts, grandmothers and female therapists are the ones doing the emotional heavy lifting for men. (At least the therapists get compensated). If we can lift the code of silence and the veil of shame and the compulsory emotional isolation, men can start organizing themselves to do this much-needed healing work for each other.

It’s a tall order, but I refuse to give up on half the population. Women are not going to be able to take down the patriarchy without men backing us. And they need to be clear that they’re doing it to reclaim their own humanity, not as a favor to us. Don’t think your anti-sexist stance is gonna get you cool points, cookies, or get you laid. Fight for yourself, bruh, the boy you were who wanted more than a load of abuse and some porn and promises of pussy to make you feel better. I want to raise the bar on who men can be and how they can show up to take down the patriarchy, regardless of how deeply they have participated in misogyny in the past. Because I’m also angry, but more than angry I’m determined to use all means necessary to end male domination, including compassion and understanding that underneath that toxic conditioning men are human, however inhuman their behavior continues to be.

Interview with dharma teacher and artist, Ayesha Ali – “What We Gonna Do?”

Against Innocence: Race, Gender, and the Politics of Safety

A Not-So-Brief Personal History of the Healing Justice Movement, 2010–2016