Restorative Justice Is Bringing Humanity Back to Some Survivors of Assault 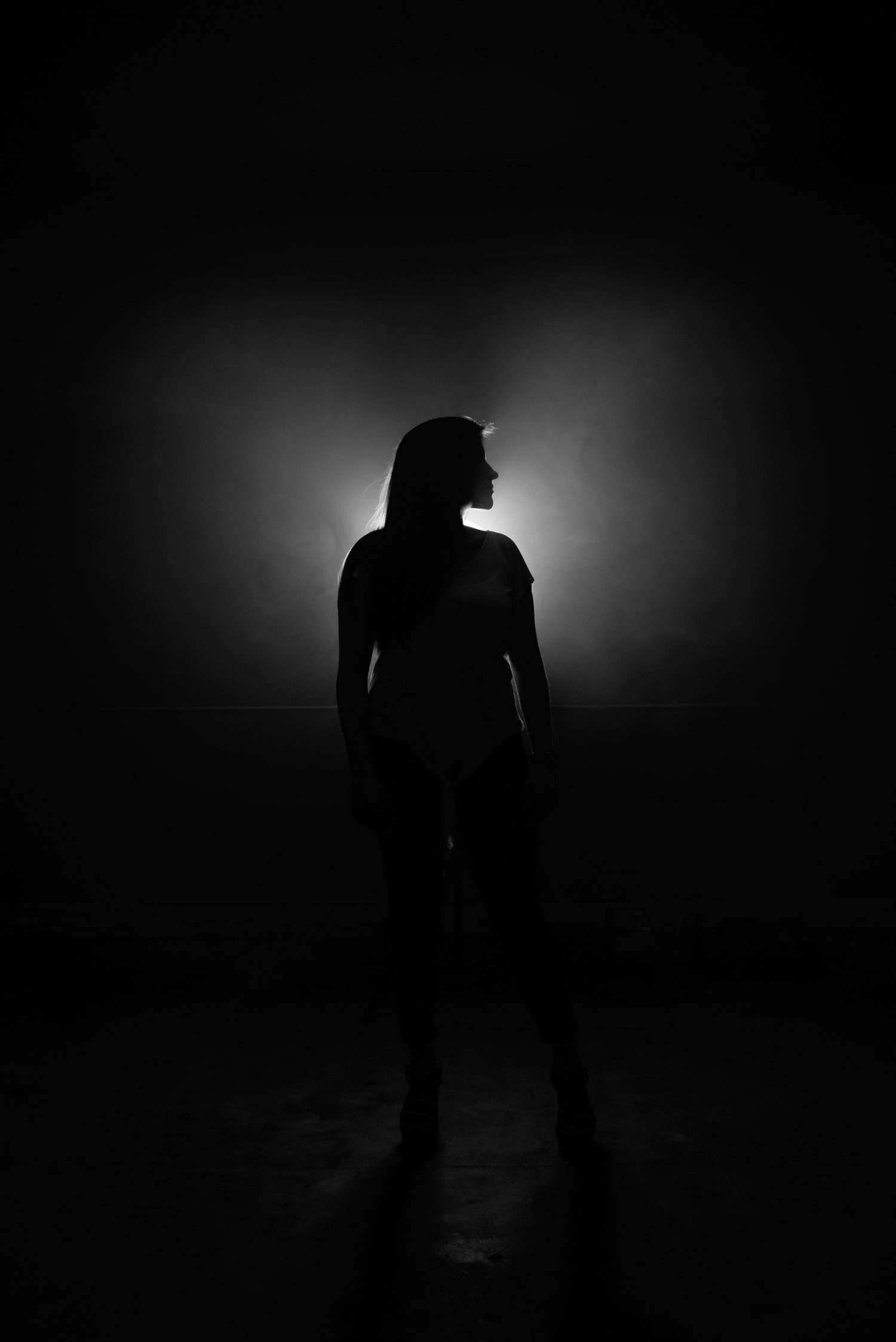 Claire was in her first semester of college when she was raped. “I was hanging out drinking with a bunch of kids,” she says. “I’d never drunk to the point of blacking out until that evening. It was the first time that ever happened to me. And somebody who I thought was my friend thought it was okay to have sex with me while I was passed out.”

After that deeply traumatic event came an adjudication process that Claire says was almost as traumatic as the actual assault. College rules about mandated reporting meant that as soon as Claire told her resident assistant, the incident was reported to campus police. “I really had no choice whether or not I was going to go through the adjudication process. So regardless of if I participated or not, this was going to be investigated,” she says. And investigated it was — with a process and outcome that Claire found hard to recover from.

Two years on, Claire is now an advocate for restorative justice. It’s a method that focuses not on punishment, but on rehabilitation, with facilitated conversations between survivors and perpetrators of crimes or wrongdoings — either face-to-face, through prerecorded videos, or through the written word. Whatever the format, it has a clear focus: the acknowledgment of harm, an apology, and a reassurance that the behavior will not happen again.

Evidence from around the world suggests that restorative justice has significant benefits. In the U.K., a study commissioned by the Ministry of Justice found that the majority of survivors chose to participate in face-to-face, facilitated meetings with an offender; 85 percent of those who took part were satisfied with the process. The same study also found that it reduced reoffending by 14 percent, leading to “£8 in savings to the criminal justice system for every £1 spent on restorative justice.”

A meta-analysis of international research on restorative justice had similar findings. It substantially reduced repeat offending, doubled (or more) the number of offenses brought to justice, reduced PTSD symptoms, provided survivors and offenders with more satisfaction than criminal justice, reduced survivors’ desire for “violent revenge” against their offenders, and reduced the costs of criminal justice. It’s a powerful proposition.

Claire first came across the concept when she was in high school, where she ran a program counseling students who had misbehaved or harmed others. “I would talk to students who had done something wrong, ask them why they had made that choice, and ask how they think it affected other students,” she explains. “Then I’d coordinate with others and work out how to best resolve it.”

But Claire hadn’t thought about this process in the context of sexual violence until she was assaulted.

“If there had been a process by which he could become aware of why what he did was so wrong and what the cost of what he actually did was, understand that and do everything in his power to make it right… that would be so much better,” she tells me. “I don’t think he would be as likely to do this kind of thing again, I would feel better, and the system would actually be working for somebody. Because at the end of the day, I didn’t get anything out of it. They ended up finding that he was not in violation of any sexual misconduct whatsoever.”

David Karp is a professor of sociology at Skidmore College and director of its restorative justice project. “Restorative justice is a philosophy based on responding to the harm that’s caused by misconduct or crime, rather than a focus primarily on the determination of policy violation or a law,” he explains. The focus is on the impact of aberrant behavior of individuals and communities, he says, and “what the obligations of that person are to make amends to repair the harm and rebuild trust with other parties.”

Traditional processes focus on fact-finding, but restorative justice, Karp says, is about storytelling. “Telling a story to identify the impact of the harm, arriving at some degree of mutual understanding of the impact the behavior, and then a full exploration of customizing responses to meet the needs of the individual,” he says. “And that can vary greatly.”

The kind of adjudication processes often found on college campuses across the United States typically mirror traditional justice pathways and are famously hard to navigate when it comes to sexual assault and rape. Though sexual violence statistics are hard to measure, according to anti-sexual assault charity RAINN, 994 of every 1,000 perpetrators will walk free, and of every 310 cases reported to police, only 11 are referred to prosecutors and seven lead to felony convictions.

A process shouldn’t lead to greater defensiveness because it forces someone to become more “dogmatically entrenched” in their own perspective — leading to a minimization, rather than acceptance, of responsibility.

The difficulty of adjudication processes, particularly on campus, can also be part of this reluctance. Claire says she felt like she was on trial: Both the respondent and the complainant were allowed to submit “any and all evidence” they wanted, and many trivial things were held against her. “In my freshman year, a bunch of kids on my floor took this stupid BDSM quiz — and guess what, those results ended up in the hearing packet,” she says. Tweets she had written about Tinder after the assault were also used against her, making her feel undermined. Later, at a fraternity party where she was assaulted a second time, the man who raped her had been assigned as a “sober monitor,” responsible for making sure partygoers didn’t get too drunk.

Karp believes that it’s only getting worse.

“When we talk about a crisis on campus, at least in the U.S., there has been quite a bit of effort in the last 10 years to build systems on campus that would be responsive to students, and those systems have failed,” he says. “To add insult to injury, the backlash against the #MeToo movement has forced campuses to build in more traditional process protection.”

The consequence of this, Karp says, is that hearings will be more formal and more traumatic, making it “completely unlikely” that we’ll see an increase in students coming forward. “That’s why we’re so interested in alternative resolution processes where we think students are more likely to make use of them.”

Karp believes that adversarial processes create “additional gender hostility,” pointing to the recent Brett Kavanaugh case as an example. A process shouldn’t lead to greater defensiveness, he says, because it forces someone to become more “dogmatically entrenched” in their own perspective — leading to minimization rather than acceptance of responsibility.

Restorative justice does not have to be a standalone process, however; it can also take place alongside punitive measures.

Gretchen Casey was 23 when she was raped at knifepoint in her home in Gainesville, Florida. Though the perpetrator went to prison for multiple attacks, she still felt she would benefit from a restorative process.

“From what little I knew about the truth and reconciliation process in South Africa, it seemed like people have this incredible capacity to want to face someone who was involved in a very personal or tragic or deeply conflicting moment in their life,” Casey tells me over the phone. “I kept hearing these themes that people wanted to try to understand: Who is this person? They wanted to face the person, to be able to be heard. They wanted the person to understand the impact of what that behavior had done to them.”

At the time of her case, Florida had no victim’s rights statute, so Casey wasn’t notified when her attacker went to court and pled, and therefore “never even got to see the person who did this.” Now, 23 years after the attack, Casey was ready: She wanted to speak to her attacker.

Initially, he agreed. But three days later, he changed his mind. “I was devastated,” Casey says. “I felt like he has all the control. I was so angry and pissed off. So what I did was I stayed up for 21 hours and wrote a screenplay as if we’d done it. As if we’d had restorative justice.”

Eventually, with the help of friends, the screenplay became a film: Somewhere Beyond. Casey says it gave her the restorative justice she couldn’t have with her attacker.

Casey is now the director of restorative justice outreach and advocacy at the River Phoenix Centre for Peacebuilding, and she is passionate about the process. Both she and Claire highlight its humanity: “I think that we need to treat everybody like a person,” Claire told me.

Two years on and Claire is still undergoing physical and psychological therapy to recover from a rape that came at a great cost to her.

“We ask how long should somebody have to feel bad for something?” she says. “I think that’s the wrong question.”

“The question we should be asking is: Did you make it right to the best of your ability? If it hasn’t been made right yet, that’s the question.”

A Community Compilation on Police Abolition

The Rapist Next Door