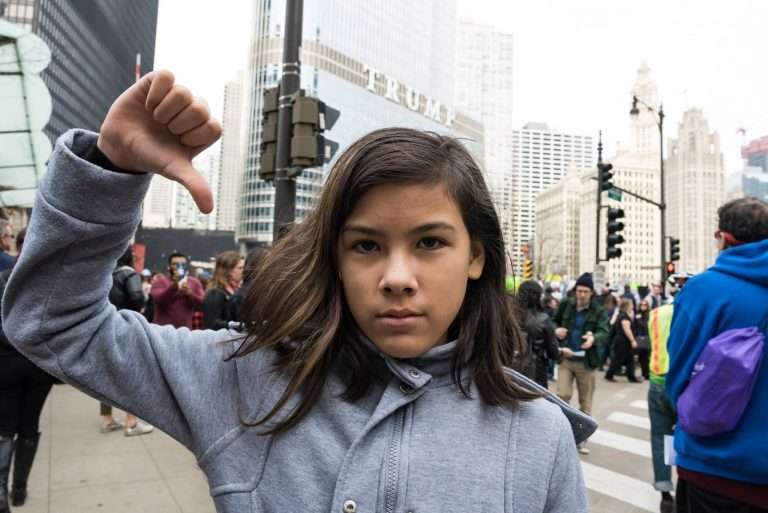 The Sentencing of Larry Nassar was Not ‘Transformative Justice.’ Here’s Why.

For those of us who believe our “justice” system must be transformed, moments such as this one are a test of conviction.

On January 24, Larry Gerard Nassar, the former national team doctor of USA Gymnastics, was sentenced to 40 to 175 years in prison for the sexual assault of minors. The sentence was handed down with biting words from Judge Rosemarie Aquilina, after a week of intense and moving pre-sentencing statements from Nassar’s victims. Aquilina noted that if the Constitution did not forbid cruel and unusual punishment, she might have sentenced him to be made a victim of sexual violence. She settled for an unsurvivable prison sentence, saying, to great public applause, “I just signed your death warrant.”

Amid our society’s current cultural upheaval around sexual violence, Aquilina struck a chord with many survivors who want and need to believe that justice under this system is possible. By offering the mic to survivors, and by aiming violent, vindictive language at a widely loathed defendant, Aquilina has been rewarded with the status of instant icon. Unsurprisingly, she is also reportedly considering a run for the Michigan Supreme Court. The case launched numerous think pieces, including a misguided, misinformed praisesong entitled, “The Transformative Justice of Judge Aquilina,” by Sophie Gilbert.

Gilbert’s article highlights how this moment challenges those committed to transforming our carceral system — including people, like us, who are committed to justice for survivors of sexual assault and who also believe that prisons are the wrong answer to violence and should be abolished. We decry the system and advocate for change that is long overdue. Yet when that system ensnares people we loathe, we may feel a sense of satisfaction. When we see defendants as symbols of what we most fear, and that which we most greatly despise, we are confronted with a true test of our belief that no justice can be done under this system.

Transformative justice is not a flowery phrase for a court proceeding that delivers an outcome we like. It is a community process developed by anti-violence activists of color, in particular, who wanted to create responses to violence that do what criminal punishment systems fail to do: build support and more safety for the person harmed, figure out how the broader context was set up for this harm to happen, and how that context can be changed so that this harm is less likely to happen again. It is time-consuming and difficult work done by organizations like Generation 5, Creative Interventions and the Bay Area Transformative Justice Collective. It is not grounded in punitive justice, and actually requires us to challenge our punitive impulses, while prioritizing healing, repair and accountability.

A truly transformative justice would mean that a single survivor coming forward to tell their tale of harm years ago would actually have been believed (the first time). We would immediately focus on addressing the harms perpetrated, centering on the concerns and experiences of the person who was harmed. Next, we would also focus on the person responsible for the harm — but without disregarding his or her humanity. This means we have to acknowledge the reality that often it is hurt people who hurt other people. Understanding that harm originates from situations dominated by stress, scarcity, and oppression, one way to prevent violence is to make sure that people have support to get the things they need. We must also create a culture that enables people to actually take accountability for violence and harm. The criminal punishment system promises accountability for violence, but we know that in actuality it is a form of targeted violence against poor people, people with disabilities, and people of color, and doesn’t reduce violence in our society.

Real accountability calls us to respond to harm that occurs because the person responsible was struggling with mental illness by providing high quality treatment. If violence emerged because of poverty and desperation, then creating survivable conditions might prevent future harm. If violence originated because of unexamined misogyny or sexism learned in the family or broader culture, a community process that invites the person responsible to examine that would be more likely to lead to a positive outcome than incarceration in a cell, where the person is likely to experience more violence.

Finally, in a truly transformative model of justice, we would not allow those harms to be shielded by powerful people or institutions. We would insist on focusing not just on individuals but also the institutions and structures that perpetuate, foster, and maintain interpersonal violence. In Nassar’s case, this would include the administrators at Michigan State University and USA Gymnastics who ignored initial disclosures of sexual assault and took no actions to stop his violent behavior. Judge Aquilina’s ruling accomplished none of these aims.

The criminal punishment system promises accountability for violence, but in actuality it is a form of targeted violence against poor people, people with disabilities, and people of color, and doesn’t reduce violence in our society.

But, some say, even if the system itself is unjust, it can sometimes deliver justice — and we ought to recognize that justice when it comes. Let us be clear: Our punishment system, which is grounded in genocide and slavery, and which has continued to replicate the functions and themes of those atrocities, can never be made just. Prisons are an iteration of structural racism in the United States, which allows some people to be treated as less than human, and therefore reasonably subject to all manner of exploitation, torture and abuse. This is the legacy of anti-Blackness in the United States. Even when the system ensnares a non-Black person, the prison industrial complex remains a structurally anti-Black apparatus, firmly rooted in the United States’ ongoing reliance on the financial exploitation and social control of Black people. This can be seen in persistent disparities at all levels of the criminal legal system, from arrest through imprisonment.

Even if we firmly believe Nassar’s sentence unjust, we may ask ourselves: Should we just sit by as the public applauds Nassar’s sentence? Who wants to be considered an apologist for a serial rapist? After all, the reality is that most people who rape will never go on trial, let alone be convicted and sentenced to prison. So we wonder if we should just keep quiet and let the system “work” this time by imposing a draconian sentence.

But perhaps above all, we may fear the questions we will be asked if we stand up against Nassar’s sentence. What will we say when people who are already hostile to transformative justice aggressively demand a “solution” for addressing Nassar’s abhorrent violent actions? “What’s your alternative to a death sentence for someone who commits acts as heinous as Nassar’s?” some will spit out derisively, as if the onus to create a safer society falls on the shoulders of single individuals rather than being a collective project decided together in community. One might be tempted to throw one’s hands in the air and say, “You know what, the devil you know is better than the devil you don’t.” In other words, we remain stuck with the ineffective prison system as the remedy when sexual violence, for example, is perpetrated.

This is not viable in our opinion. We must depart from the crowd that applauds the signing of “death warrants.” Now, more than ever, we must call people toward a new vision of justice.

Granted, our vision is incomplete. There is no roadmap for justice, because under this system, we have never seen it. But the current system has been thoroughly mapped, and it has already failed. While we all harbor fears about what it means for “dangerous people” to walk among us, we know in truth that such people have never ceased to walk among us, and that the purpose of the carceral system has never been to sort the “good” from the “bad.”

We must also acknowledge that we simply do not know, and cannot know, what the occurrence, prevention or resolution of harm could look like in our society under more just conditions. So long as the structures that instill desperation are maintained, some people will be shaped by desperation. And so long as we perpetuate mass criminalization — a security blanket with all the substance of “The Emperor’s New Clothes” — we will not know what it would look like to live differently. If our rage and disgust can prompt us to endorse the violence of the carceral state, how can we expect to reach those who are skeptical of our view?

Transformative justice is comprised of creative and dynamic experiments happening across the world. It is also a revival of tools that were taken from us by a society that did not trust our ability to resolve harm without brutality. As educator and organizer James Kilgore has written, “Pre-1824 tribal courts embodied a restorative approach that greatly differed from the punitive, adversarial system of the United States.” Deeming Native justice insufficiently punitive, and therefore uncivilized, the federal government assumed jurisdiction over all violations of the Major Crimes Act on Native reservations. The results, for Native people, have been devastating, as difficult conditions on reservations easily facilitate the criminalization of Native people, fueling high rates of incarceration.

That doesn’t mean all hope is lost. Efforts like the Hollow Water First Nations Community Holistic Healing Circle, a community justice initiative geared toward reconciliation, illustrate that reclamation is possible. By establishing a healing justice practice grounded in Anishnabe teachings, the Hollow Water community has developed a means to interrupt cycles of intra-community abuse and incarceration. But as with so many justice infrastructures lost to colonial violence, we are not simply talking about the need to dismantle a larger system. We are talking about a process of construction and creativity, for all peoples whose systems of justice were upended or eradicated by the American political project.

Neutralizing perceived threats, in an endless game of legal whack-a-mole, is not a path to safety. To create safer environments, people and circumstances must be transformed. We cannot discuss policing, prosecutions, judges or prisons system without acknowledging the prison system as a mechanism of social death and exploitation.

When you say, “What would we do without prisons?” what you are really saying is: “What would we do without civil death, exploitation and state-sanctioned violence?” That is an old question and the answer remains the same: Whatever it takes to build a society that does not continuously rearrange the trappings of annihilation and bondage while calling itself “free.” To know freedom or safety, and to make peace with our own fears, passive punishments must be replaced with active amends and accountability. Transformation is possible, but it will not be televised, and it will not be facilitated by the likes of Judge Rosemarie Aquilina.

Previous Reimagining the Movement to End Gender Violence: Anti-racism, Prison Abolition, Women of Color Feminisms, and Other Radical Visions of Justice Next (re)Thinking Sex Positivity, Abolition Feminism, and the #MeToo Movement: Opportunity for a New Synthesis