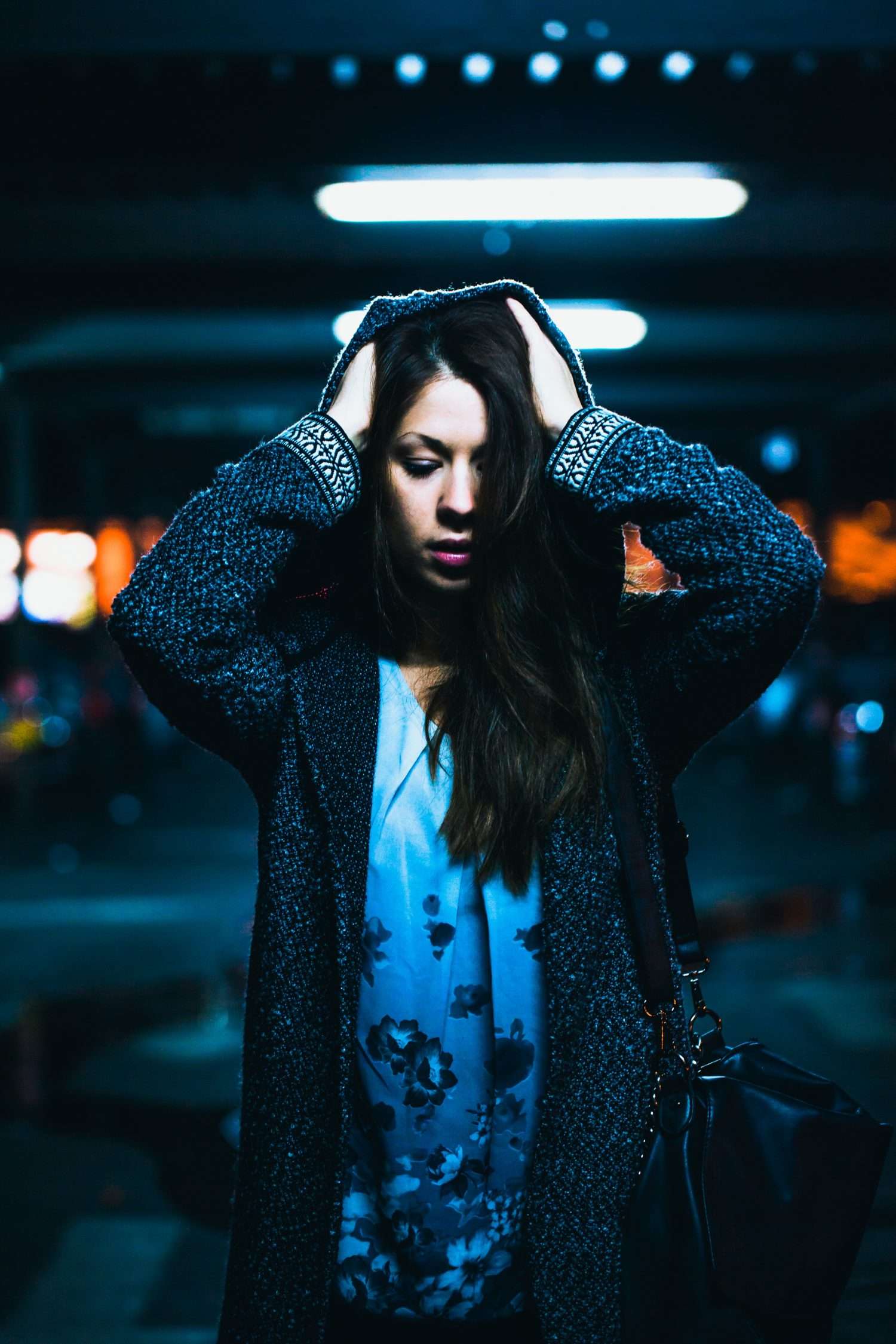 I’ve been thinking a lot about transformative justice lately.

In the past few months I’ve been to a couple of gatherings I was really excited about, and then found myself disappointed, not because drama kicked up, which is inevitable, but because of how we, as participants and organizers and people, handled those dramas.

Simultaneously I’ve watched several public takedowns, call outs, and other grievances take place on social and mainstream media. Some of those have been of strangers, but recently I’ve had the experience of seeing people I know and love targeted and taken down. In most cases, very complex realities get watered down into one flawed aspect of these people’s personalities, or one mistake or misunderstanding. A mob mentality takes over then, an evisceration of character that is punitive, traumatizing, and isolating.

This has happened with increasing frequency over the past year, such that I’m wondering if those of us with an intention of transforming the world have a common understanding of the kind of justice we want to practice, now and in the future.

What we do now is find out someone or some group has done (or may have done) something out of alignment with our values. Some of the transgressions are small—saying something fucked-up, being disrespectful in a group process. Some are massive—false identity, sexual assault.

We then tear that person or group to shreds in a way that affirms our values. We create memes, reducing someone to the laughing stock of the Internet that day. We write think-pieces on how we are not like that person, and obviously wouldn’t make the same mistakes they have made. We deconstruct them as thinkers, activists, groups, bodies, partners, parents, children—finding all of the contradictions and limitations and shining bright light on them. When we are satisfied that that person or group is destroyed, we move on. Or sometimes we just move on because the next scandal has arrived, the smell of fresh meat overwhelming our interest in finishing the takedown.

I say “we” and “our” intentionally here. I’m not above this behavior. I laugh at the memes, I like the apoplectic statuses, the rants with no named target that very clearly critique a specific person. I’ve been examining this—why I can get caught up in a mob on the Internet in a way I rarely do in life (the positive mob mentality I participate in for, say, Beyoncé or Björk feels quite different, though I know there is something in there about belonging…eh, next book). I have noticed that at the most basic level, I feel better about myself because I’m on the right side of history… or at least the news cycle.In most cases, very complex realities get watered down into one flawed aspect of these people’s personalities, or one mistake or misunderstanding.

But lately, as the attacks grow faster and more vicious, I wonder: is this what we’re here for? To cultivate a fear-based adherence to reductive common values? What can this lead to in an imperfect world full of sloppy, complex humans? Is it possible we will call each other out until there’s no one left beside us?

I’ve had tons of conversations with people who, in these moments of public flaying, avoid stepping up on the side of complexity or curiosity because in the back of our minds is the shared unspoken question: when will y’all come for me?

I have also had experiences where I absolutely wanted to take someone down, expose them as a liar, cheater, manipulator, assailant. In each of these situations, time, conversation, and vulnerability have created other possibilities, and I have ended up glad that I didn’t go that route, which is generally so short-term in its impact. Sometimes this was because transformation was possible between us. Sometimes this was because the takedown wouldn’t have had the impact I wanted; destroying a person doesn’t destroy all of the systems that allow harmful people to do harm. These takedowns make it seem as if massive problems are determined at an individual level, as if these individuals set a course as children to become abusers, misogynists, racists, liars.

How do I hold a systemic analysis and approach when each system I am critical of is peopled, in part, by the same flawed and complex individuals that I love? This question always leads me to self-reflection. If I can see the ways I am perpetuating systemic oppressions, if I can see where I learned the behavior and how hard it is to unlearn it, I start to have more humility as I see the messiness of the communities I am part of, the world I live in.

The places I’m drawn to in movement espouse a desire for transformative justice—justice practices that go all the way to the root of the problem and generate solutions and healing there, such that the conditions that create injustice are transformed.

A lot of people use these words, and yet…we don’t really know how to do it.

We call it “transformative justice” when we’re throwing knives and insults, exposing each other’s worst mistakes, reducing each other to moments of failure. We call it “holding each other accountable.”How do I hold a systemic analysis and approach when each system I am critical of is peopled, in part, by the same flawed and complex individuals that I love?

I recently reposted these words from Ryan Li Dahlstrom, speaking about this trend in the queer community:

I’m feeling really tired of the call-out culture on social media especially within queer/trans people of color communities. We need to center and build relationships with one another and not keep tearing one another down publicly without trying to have direct conversations. While there are many places of learning, growth, and contradictory practice within the world we live in, why can’t we talk to one another directly and allow room for learning from our mistakes or differences? By making these public attacks on each other, we are engaging in the same disposability politics of capitalism and the prison industrial complex that we purport to be against while feeding into state surveillance tactics that are monitoring how we are tearing each other down. Enough is enough y’all. We need each other now more than ever.

Yes, Ryan Li, I too am tired of it. But I see it everywhere I turn.

When the response to mistakes, failures, and misunderstandings is emotional, psychological, economic, and physical punishment, we breed a culture of fear, secrecy, and isolation.

So I’m wondering, in a real way: How can we pivot toward practicing transformative justice? How do we shift from individual, interpersonal, and inter-organizational anger toward viable, generative, sustainable systemic change?

In my facilitation and mediation work, I’ve seen three questions that can help us grow. I offer them here in context with a real longing to hear more responses, to get in deep practice that helps us create conditions conducive to life in our movements and communities.

People mess up. We lie, exaggerate, betray, hurt, and abandon each other. When we hear that something bad has happened, it makes sense to feel anger, pain, confusion, and sadness. But to move immediately to punishment means that we stay on the surface of what has happened.

To transform the conditions of the “wrongdoing,” we have to ask ourselves and each other “Why?” Even— especially—when we are scared of the answer.

It’s easy to decide a person or group is shady, evil, psychopathic. The hard truth (hard because there’s no quick fix) is that long-term injustice creates most evil behavior. The percentage of psychopaths in the world is just not high enough to justify the ease with which we attempt to label that condition to others.How can we pivot toward practicing transformative justice? How do we shift from individual, interpersonal, and inter-organizational anger toward viable, generative, sustainable systemic change?

In my mediations, “Why?” is often the game-changing, possibility-opening question. That’s because the answers rehumanize those we feel are perpetrating against us. “Why?” often leads us to grief, abuse, trauma, often undiagnosed mental illnesses like depression or bipolar disorder, difference, socialization, childhood, scarcity, loneliness. Also, “Why?” makes it impossible to ignore that we might be capable of a similar transgression in similar circumstances. We don’t want to see that….

“Why?” can be an evolutionary question.

How should abolitionists respond to the coronavirus pandemic?

A Not-So-Brief Personal History of the Healing Justice Movement, 2010–2016