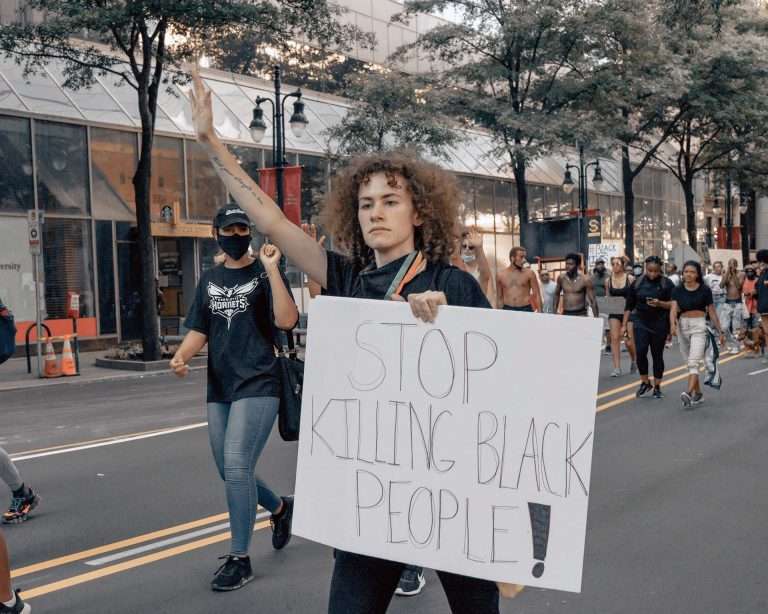 The U.S. today appears to be approaching a tipping point in dismantling its historical oppression of Black people — specifically, the overt and racialized state-sanctioned violence perpetuated by carceral systems including the police. Decades of abolitionist and Black liberation movement efforts have brought us to this moment in which defunding police departments is not only happening, but also serving as a call to ask why we have police at all. From Frederick Douglass to Critical Resistance, abolition has always been about more than just ridding our society of slavery and carceral systems. Angela Davis, Ruth Wilson Gilmore and Mariame Kaba have taught many of us that prison-industrial complex abolition is not only about eliminating imprisonment, policing and surveillance, but about transforming our society, building different responses to harm, reinvesting and redistributing resources, and prefiguring the world we want to live in. A common question of abolitionist work is: What will be done about “crime” in a world with less or no police (and by extension less or no jails, prisons and surveillance)?

An increasingly popular idea has been to replace police with social workers, or to bring more social workers to work alongside the police. There is support in the social work profession for these ideas, including the National Association of Social Workers (NASW), the most prominent national professional organization, whose CEO recently spoke on MSNBC about the value of police social workers — of which he said, “They love us.… They have our backs as social workers, and we have their backs, so it’s a very good partnership.” The comments from NASW’s leadership are reflective of a major dissonance within social work.

For clarity, we recognize social work to include all workers who identify with the field — encompassing a wide range of commitments to social justice. From social service workers, to organizers, from clinicians to policy makers, from the noncredentialed to the most credentialed. Yet, the most powerful organizations, inclusive of NASW and the Council on Social Work Education, and individuals leading the profession of social work have often negated its organizing value of social justice in the pursuit of capital, professionalization and “legitimacy.”

This has meant aligning social work with systems and structures of power, conceding much of its capacity to address deeply rooted oppression and racialized injustices. A key neoliberal manifestation of these concessions has been to locate the roots of social problems and “crime” in the individual. This harmful idea — that society is endangered not by systems and institutions of the state but by individual behavior — has been foundational to the prison-industrial complex and much of social work. It is then not surprising that social work is so readily accepted as a palatable alternative to police.

Uprisings and rebellions like the one happening now present us with an opportunity to reflect, and to stretch our imagination and behaviors so that our everyday practices, our relationships and our organizations can actualize the values we profess. This moment is asking all of social work, including our institutions like NASW, to reckon with our own history of being accomplices to state violence and to ask ourselves: What can liberatory abolitionist social work look like? And what kind of efforts in the social work community are already paving the way?

To transform social work, we must first reckon with how it is carried out now, as well as within the past. Social work’s reckoning must include confronting our complicity in colonization, in racial capitalism and the logics of neoliberalism, and in our relationship to the carceral state, all of which have become core to social work practice.

Suggesting that the answer to reducing the harm of police is to replace them with social workers misses three interconnected truths surfaced by abolitionist work.Social workers have a long and troubled history as partners to the state, more often serving as carceral enforcers than as collaborators toward liberation.

The first is that ending police violence will require much more than changing the who and the how of responding to harmful behavior. Police violence is a window into the prison-industrial complex, which has required massive investments in the subjugation, criminalization and incarceration of Black people, Indigenous people and other marginalized communities, all the while divesting from their welfare and well-being. Any serious efforts to end police violence must not only transform our responses to harmful behavior, but must also include a massive redistribution of resources, and a reconfiguration of relationships and responsibilities. PIC abolition requires that we invest in the welfare of all people, starting with those at the margins, and that everyone has access to the essential human needs of our society including health care, housing, education and employment.

The second is that social workers have a long and troubled history as partners to the state, more often serving as carceral enforcers than as collaborators toward liberation. Mimi Kim has documented the history of social work’s reliance on law enforcement to address domestic violence and the many resulting harms on people at the margins. Dorothy Roberts, Don Lash and others have demonstrated how the child welfare system has served to criminalize and punish Black families and families of color. Most recently, Beth Richie and Kayla Martensen offered the term carceral services to identify social work services “that replicate the control, surveillance and punishment of the prison nation.”

The partnership with the state begins early on in social work education, where many students are trained via field education internships inside jails, prisons, probation and parole. However, as a 2013 study concluded, less than 5 percent of social work education offered courses with content related to the criminal legal system. And while we recognize the value of reducing harm within these institutions, the lack of education provided to social work students (among other social, economic and historical forces) often result in an acquiescence to structures of domination, and punitive and often racist ideologies.

Herein lies the foundation of cultivating an abolitionist social work. We must uproot these ideologies — white supremacy, anti-Black racism, colonialism, cisheteropatriarchy — that undergird the foundation of the U.S., guide the practices of carceral systems and permeate the ethos of social work. Like social work, police and prisons are relatively new social phenomena, yet they are all informed by unjust belief systems of human hierarchy, where Black people are perceived as inherently criminal, Indigenous people as disposable and LGBTQ people as a threat to the binaries that cement their relevance. A full examination of social work’s complicity in upholding these ideologies and atoning for the harm we have caused is a necessary step towards abolition social work.

Abolition social work is an evolving concept and we ourselves continue to grapple with what it is and isn’t, as well as the potential it has for our current moment and for the future we want to build. At its best, social work will be the chorus for abolition — partnering in the work of ending state violence, while supporting life affirming relationships, practices and organizations. While our code of ethics is by no means perfect, it nods in the direction of liberation by requiring social and political engagement to ensure that all people are able to meet their material needs and to achieve self-actualization. Building on our charter, abolition of the prison-industrial complex provides a framework and strategies to recalibrate what social work is and can be. And this will require that social work become unrecognizable from its current form. We can imagine a social work rooted in solidarity over charity, one that is decolonized, de-professionalized, anti-capitalist, and is committed to repair, accountability and continual transformation. Black feminist thought and organizing has taught us to create with intention, to build and imagine simultaneously, and to root our work in possibility.Social work, police and prisons are relatively new social phenomena, yet they are all informed by unjust belief systems of human hierarchy.

As we grow abolitionist social work, discerning which efforts are more or less liberatory is not always self-evident, but it’s of critical importance. In our current moment, in which the defunding of police is already happening, we don’t have the luxury to require perfect responses, but we can still move forward toward abolition. Dean Spade has helped many of us identify the difference between reformist reforms and liberatory reforms. We have adapted his questions slightly (with permission) to help us consider and discern liberatory social work efforts.

Many social workers are already engaged in building abolitionist work, giving us tangible examples of what’s possible. Formations and organizations like Survived and Punished and Release Aging People in Prison are working to free people from prison while building power with those most affected. S.O.U.L. Sisters Leadership Collective mobilizes systems-involved girls and femmes of color — Black, Brown and Indigenous — to interrupt cycles of state violence, poverty and oppression. Creative Interventions has worked to stop interpersonal violence through transformative justice, building practices and guidance for responding to harm outside of the state. And even outside of social work, organizations like Movement for Family Power are working to end the foster system’s policing and punishment of families and to create a world where the dignity and integrity of all families is valued and supported.

The road to actualizing abolition social work and the transformation of society will be arduous. But the blueprint is there. We must reckon with truth as we transform, and most importantly, we must dare to imagine, and co-create a world where every human being has the right to self-actualize and be free from harm. Social workers won’t end police violence. Still, we believe in the possibility of a more liberatory social work that sees ending state violence as central to our practice.

Previous What Is Abolition, And Why Do We Need It? Next A Fresh Framework – The Feminism of the Abolition Movement