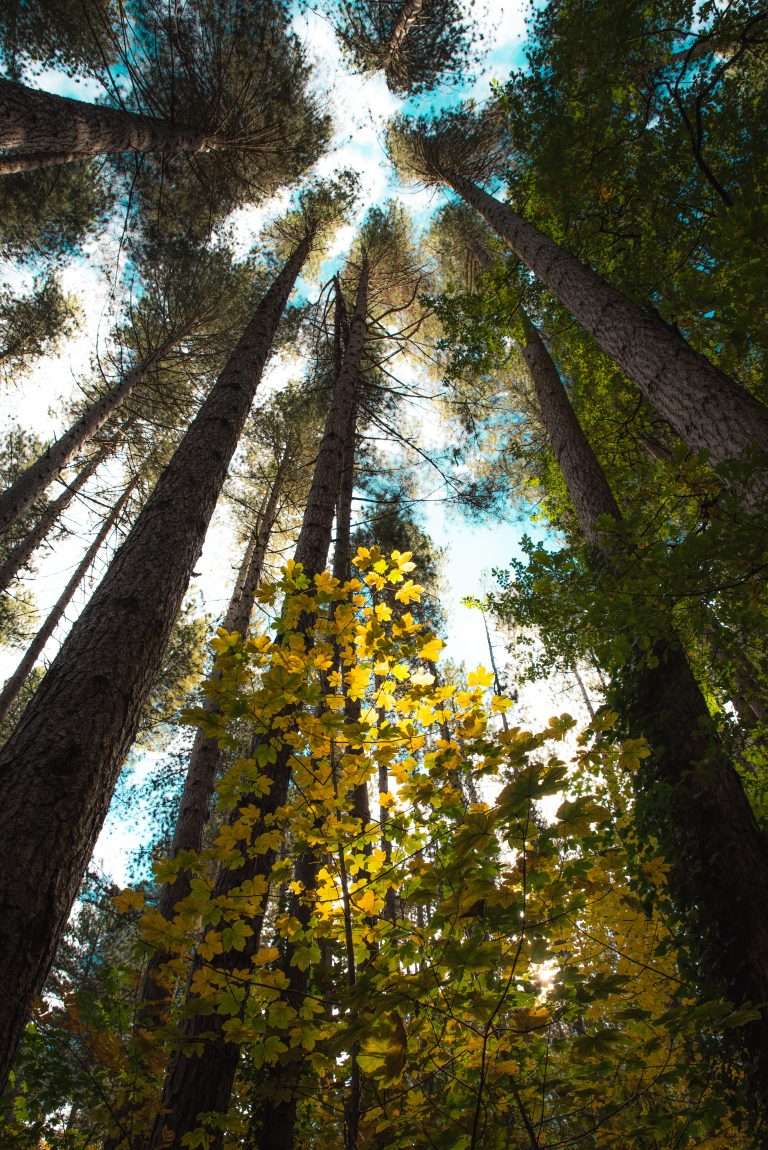 This was written for a transformative justice (TJ) intervention I led and I’m sharing it here for others to use in their work. It was meant to be a brief description for those who are not as familiar with the framework and orientation of TJ and do not have the time or capacity to read a large, long document. It is not a history of TJ, nor a complete naming of every part of TJ, or even a thorough fleshing out of all that is named here. It is an introductory description of work that can be hard to describe. It is meant to be a starting point, not an end-point. I hope it may be useful for some of you.

Many thanks to Ejeris Dixon, Mariame Kaba, Andi Gentile and Javiera Torres who helped edit this description so it could be shared publicly. Thank you to the many groups and countless individuals who have been part of creating, building and carrying forward what we now call “transformative justice” and “community accountability.” Special appreciation to the people and groups who have greatly influenced my understanding of TJ: Sara Kershner, Creative Interventions, Mimi Kim, The Atlanta Transformative Justice Collaborative, INCITE!, Communities Against Rape and Abuse, Philly Stands Up, Community Holistic Circle Healing, Just Practice, Shira Hassan, Mariame Kaba, Ejeris Dixon, and The Bay Area Transformative Justice Collective. Thank you also to all of those whose names we do not know, who have been practicing this work in big and small ways, long before it was named and documented.

Transformative Justice (TJ) is a political framework and approach for responding to violence, harm and abuse. At its most basic, it seeks to respond to violence without creating more violence and/or engaging in harm reduction to lessen the violence. TJ can be thought of as a way of “making things right,” getting in “right relation,” or creating justice together. Transformative justice responses and interventions 1) do not rely on the state (e.g. police, prisons, the criminal legal system, I.C.E., foster care system (though some TJ responses do rely on or incorporate social services like counseling);  2) do not reinforce or perpetuate violence such as oppressive norms or vigilantism; and most importantly, 3) actively cultivate the things we know prevent violence such as healing, accountability, resilience, and safety for all involved.

State responses to violence reproduce violence and often traumatize those who are exposed to them, especially oppressed communities who are already targeted by the state. It is important to remember that while many people choose not to call the police, many communities can’t call the police because of reasons such as fear of deportation, harassment, state sanctioned violence, sexual violence, previous convictions or inaccessibility.

TJ was created by and for many of these communities (e.g. indigenous communities, black communities, immigrant communities of color, poor and low-income communities, communities of color, people with disabilities, sex workers, queer and trans communities). It is important to remember that many of these people and communities have been practicing TJ in big and small ways for generations–trying to create safety and reduce harm within the dangerous conditions they were and are forced to live in. For example, undocumented immigrant women in domestic violence relationships, disabled people who are being abused by their caretakers and attendants, sex workers who experience sexual assault or abuse, or poor children and youth of color who are surviving child sexual abuse have long been devising ways to reduce harm, stay alive and create safety and healing outside of state systems, whether or not these practices have been explicitly named as “transformative justice.”

TJ is an abolitionist framework that understands systems such as prisons, police and I.C.E. as sites where enormous amounts of violence take place and as systems that were created to be inherently violent in order to maintain social control. TJ works to build alternatives to our current systems which often position themselves as protectors, while simultaneously enacting the very forms of violence they claim to condemn.

Violence does not happen in a vacuum and TJ works to connect incidences of violence to the conditions that create and perpetuate them. It acknowledges that we must work to end conditions such as capitalism, poverty, trauma, isolation, heterosexism, cis-sexism, white supremacy, misogyny, ableism, mass incarceration, displacement, war, gender oppression and xenophobia if we are truly going to end cycles of intimate and sexual violence. TJ recognizes that we must transform the conditions which help to create acts of violence or make them possible. Often this includes transforming harmful oppressive dynamics, our relationships to each other, and our communities at large.

TJ is community-based, but it is not enough to simply “not call the cops,” because many of our community responses to violence can be just as harmful as state responses, and can sometimes be more emotionally devastating due to the breaking and loss of relationship, family and community. Though state reform is important and useful to reduce harm, TJ focuses on community because we believe there is more possibility for transformation in our communities than the state.

Our communities are not perfect and have also internalized the state and its tactics (e.g. shame, blame, revenge, isolation). Many survivors have shared their traumatic stories of not only how the state responded to them when they reported, but also how their communities responded to them when they came forward as survivors. Often survivors are shamed, blamed, isolated, exiled, attacked or threatened with violence by their communities. We must push ourselves to move beyond just saying “no cops, no prisons” and move towards true transformation of violent behavior and conditions.

This is why it is critical that TJ is not simply the absence of the state and violence, but the presence of the values, practices, relationships and world that we want. It is not only identifying what we don’t want, but proactively practicing and putting in place things we want, such as healthy relationships, good communication skills, skills to de-escalate active or “live” harm and violence in the moment, learning how to express our anger in ways that are not destructive, incorporating healing into our everyday lives.

In TJ interventions we work to actively practice things such as healing and accountability for everyone involved, not only for the survivor and the person who committed the violence. TJ responses are an opportunity for us to not only address incidences of violence, harm and abuse, but to also take stock of and collectively build the kinds of relationships and communities that could intervene in instances of violence, as well as prevent violence. We can ask ourselves:

Ultimately TJ understands that we have a collective responsibility when it comes to violence and that no one is born knowing how to rape or torture–these are learned behaviors. TJ is a collective response to violence within our communities and it requires that we understand that it is not about locking-up a few “bad apples,” but that violence is a necessary norm in our current society and actively encouraged. The current rates of domestic and sexual violence are at epidemic levels and violence against oppressed communities is extremely pervasive. Violence is collectively enabled, has a collective impact and requires a collective response. This does not excuse people’s harmful behavior or mean that a person who has caused harm or been violent doesn’t need to be accountable for their actions, but it does mean that we need to understand the context in which harm and violence happen.

TJ interventions can take different forms, but more often than not, they include (1) supporting survivors around their healing and/or safety and working with the person who has harmed to take accountability for the harm they’ve caused, (2) building community members’ capacities so that they can support the intervention, as well as heal and/or take accountability for any harm they were complicit in, and (3) building skills to prevent violence from occurring, and supporting community members’ skills to interrupt violence while it is happening.

Most TJ interventions involve a community accountability process, where a few members of the community work directly with the person who harmed to take accountability for the harm they’ve caused. This process, in the best-case scenario, works so that the person who caused harm understands their actions and the impact they had on the survivor(s) and others involved, apologizes, makes amends, repairs damage caused by their actions and–most importantly–works to change their behavior so that the harm doesn’t happen again. Changing your behavior is a fundamental part of taking accountability for harm you’ve done and it is often one of the main things survivors want: I just don’t want them to do this to anyone else. I don’t want anyone else to have to go through what I had to go through.

Most TJ work happening in the U.S. is addressing violence that has already occurred between people who know each other (e.g. intimate partner abuse or a sexual assault involving organizers working on a political campaign together). There is also a significant amount of TJ work that has dealt with live and active violence, as well as stranger-based violence (i.e. when violence happens between people who do not know each other such as hate violence, harassment, sexual assault by a stranger). Live violence and/or stranger violence TJ responses (which are not mutually exclusive) may not include an accountability process. This can also be true of any TJ intervention and response–sometimes just getting the violence to stop can be the main goal of a response. Sometimes the primary focus may be supporting the survivor and/or the community to heal or get immediate needs met such as medical treatment.

Some examples and case studies of community responses to violence:

For those who would like to read more about TJ, here are two helpful collections of readings and media as starting places: