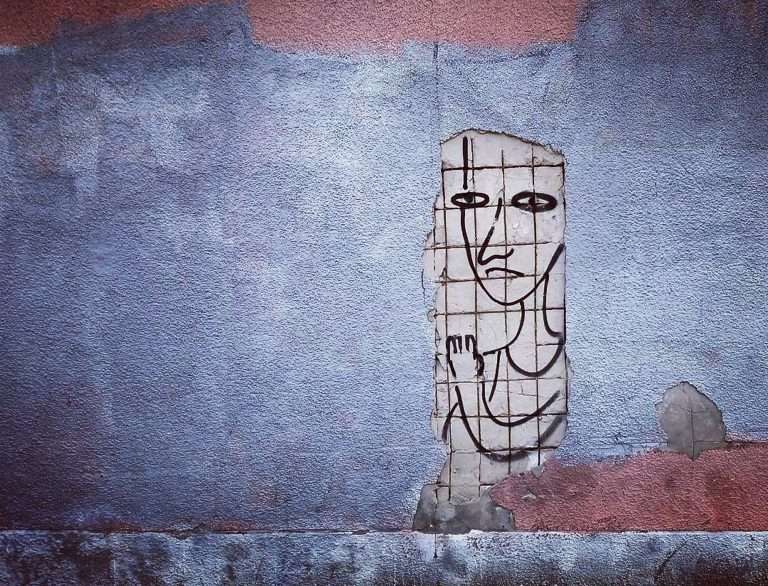 Abolition has always been a bold project.

Whether in response to private property and nineteenth-century chattel slavery, or the prison industrial complex of the last half century, abolitionist movements have unsettled not only conservative critics but liberals, progressives, and even some radicals. The stubborn immediacy of the demand disturbs those who hope for resolution of intractable social problems within the confines of the existing order. To them, abolition is unworkably utopian and therefore not pragmatic.

Critics often dismiss prison abolition without a clear understanding of what it even is. Some on the Left, most recently Roger Lancaster in Jacobin, describe the goal of abolishing prisons as a fever-dream demand to destroy all prisons tomorrow. But Lancaster’s disregard for abolition appears based on a reading of a highly idiosyncratic and unrepresentative group of abolitionist thinkers and evinces little knowledge of decades of abolitionist organizing and its powerful impacts.

To us, people with a combined several decades of experience in the prison abolition movement, abolition is both a lodestar and a practical necessity. Central to abolitionist work are the many fights for non-reformist reforms — those measures that reduce the power of an oppressive system while illuminating the system’s inability to solve the crises it creates.

The late Rose Braz, a longtime staffer and member of Critical Resistance emphasized this point in a 2008 interview. “A prerequisite to seeking any social change is the naming of it,” she said. “In other words, even though the goal we seek may be far away, unless we name it and fight for it today, it will never come.” This is the starting point of abolition, connecting a radical critique of prisons and other forms of state violence with a broader transformative vision.

These strategies and tactics harmonize with, inspire, and are inspired by many other left traditions. Socialists do not fight for trade unions in order to institutionalize capitalist social relations or build an aristocracy of labor. They do so in order to create durable structures that undermine the power of employers to exploit workers. And they do so with a radical humanist tradition in mind as well — to make actual people’s lives better, to overcome sexual harassment, to reduce workplace injuries, to build solidarity among workers, and, ideally, “to create the new world in the shell of the old.”

Such an analysis is also reflected in abolitionist organizing. As Braz emphasized in another 2008 interview, “prisons and horrible conditions go hand in hand. Prisons . . . are about punishment, warehousing and control. The prison industrial complex (PIC) systematically undermines the very values and things we need to be healthy.”

Rather than juxtapose the fight for better conditions against the demand for eradicating institutions of state violence, abolitionists navigate this divide. For the better part of fifty years, abolitionists have led and participated in campaigns that have fought to reduce state violence and maximize people’s collective wellbeing.

Abolitionists have worked to end solitary confinement and the death penalty, stop the construction of new prisons, eradicate cash bail, organized to free people from prison, opposed the expansion of punishment through hate crime laws and surveillance, pushed for universal health care, and developed alternative modes of conflict resolution that do not rely on the criminal punishment system.

Abolitionists refuse to abide the paradigm where “prisons [serve] as catchall solutions to social problems,” as Ruth Wilson Gilmore has put it. As a result, abolitionists have been among the most consistent advocates for creating conditions that improve people’s health, safety, and security.

None of that was evident in Lancaster’s article, however. He engages neither the breadth of theorizing of abolition (works by Ruth Wilson Gilmore, Beth Richie, Erica Meiners, Dean Spade, Liat Ben Moshe, Eric Stanley, among many others) nor, more importantly, the work of abolitionist organizations (BYP 100, Critical Resistance, Incite!, Survived and Punished, among many others). Lancaster describes abolitionists as divorced from reality. Yet even a cursory review of actually existing abolitionism reveals how wrong this view is.

His suggestion that abolition is not an advisable goal since it “shows little sign of winning over the wider public” misunderstands how social change occurs. Such an argument could easily have been mobilized (and was mobilized) to undermine the abolitionist movement in 1835; the women’s suffrage movement in 1912; the fights for industrial unionism in 1929; the civil rights movement in 1953; and the presidential prospects for Bernie Sanders in 2014, to name but a few examples.

History provides too many instances where our hubristic expectations of what is possible in a given temporal horizon are chastened. Most abolitionists, in our experience, would subscribe to Nelson Mandela’s adage that “it only seems impossible until it is done.”

If anything, prospects for developing mass consciousness about prison abolition are growing. In 1998, when the prison industrial complex — the linked relations of surveillance, policing, and imprisonment — showed little sign of abating, a collective of organizers and scholars called for a one-time conference to discuss the problem of prisons. Expecting a few hundred people, they were surprised to find several thousand attend a conference framed around abolishing the prison industrial complex. Since then, Critical Resistance has become a national chapter-based organization connected to a number of grassroots campaigns. Two years later, thousands gathered at Incite! Women of Color Against Violence’s convening in Santa Cruz to build on some of what had been discussed in 1998 and to insert the dimension of racialized gender violence into the conversation.

The efforts of Critical Resistance, Incite!, and many others have born fruit. At the 2010 US Social Forum in Detroit, a number of the country’s most committed activists engaging issues of imprisonment came together to discuss “prison justice.” In the statement that resulted from their day-long meeting and strategy session, they declared that “because we share a vision of justice and solidarity against confinement, control, and all forms of political repression, the prison industrial complex must be abolished.” That convening accelerated the rise of the Formerly Incarcerated and Convicted People’s Movement and helped spark several abolitionist-inspired endeavors, including Decarcerate PA.

Abolition has been at the heart of Occupy Wall Street, Black Lives Matter, and other recent popular upsurges. The Movement for Black Lives has conducted mass political education through its direct actions against police violence and explicitly abolitionist platforms demanding to “fund Black futures” instead of carceral realities. In 2015, the National Lawyers Guild passed a resolution supporting prison abolition. In Chicago, abolitionists fought for and won the first ever reparations package for survivors of racialized law enforcement violence in the US. The 25,000-member Democratic Socialists of America’s recent endorsement of abolishing imprisonment and policing provides yet another example of the growth of these efforts.

Abolitionists have led popular campaigns to free the New Jersey 4, Marissa Alexander, CeCe McDonald, Chelsea Manning, Bresha Meadows, and many others. These and other campaigns to release individual prisoners have fought to better their conditions while doing vital public education about the cruelties of state violence and its connections to patriarchal male violence.

There are many other examples, even from mainstream sources. In 2014, the New York Times penned an editorial with the headline “End Mass Incarceration Now,” which echoed the goals of the New York campaign to release elderly imprisoned people and also called for a significant reduction in sentencing more generally. Yale Law professor Tracy Meares, a member of President Obama’s Task Force on Twenty-First Century Policing, recently cited the work of one of us (Kaba), affirming that “policing as we know it must be abolished before it can be transformed.”

This would have seemed difficult to fathom even just five years ago. Rather than dismiss abolitionism as hopeless, an assessment of the current period would suggest that abolitionism is enjoying an increase in public support — and one not seen since the 1970s.

Though nobody should be sneered at for how they entered into critical analyses of imprisonment and policing — whether it was the pedagogy of an officer’s nightstick or a professor’s syllabus — such a situation did not occur because of objective conditions or because of the important scholarship of Michel Foucault and others. These victories are a result of abolitionist organizing.

Abolitionists have labored day after day, talking to legislative aides about how to reduce prison spending through decarceration and how to put that money back into social welfare and educational spending, or why the local jail should not be “refurbished” to provide more bed space (thereby growing the carceral system). Abolitionists organize with (other) formerly incarcerated people and their families, launching campaigns to ban the box on applications for jobs, education, housing, or other necessary supports for people with felony convictions.

Lancaster claims that “with evangelical zeal, abolitionists insist that we must choose between abolition and reform, while discounting reform as a viable option.” While one could find “evangelical zeal” among any political movement, it is inaccurate to cast abolitionists as opposed to incremental change. Rather, abolitionists have insisted on reforms that reduce rather than strengthen the scale and scope of policing, imprisonment, and surveillance.

As Lancaster well knows, the history of the American carceral state is one in which reforms have often grown the state’s capacity to punish: reforms of indeterminate sentencing led to mandatory minimums, the death penalty to life without parole, sexual violence against gender-nonconforming people gave rise to “gender-responsive” prisons. Instead of pushing to adopt the Finnish model of incarceration — itself a far-fetched enterprise — abolitionists have engaged these contradictions by pursuing reforms that shrink the state’s capacity for violence.

Abolitionist groups have often led fights for better conditions, connecting them to more transformative political possibilities. And the pragmatic radicalism of abolitionists has won tangible victories. Starting in 1999, activists with California Prison Moratorium Project and Critical Resistance fought the further growth of the system. While California built and filled twenty-three new prisons between 1983 and 1999, the state has opened only two institutions since (one of them a prison hospital). As the state has shifted tack to emphasize jail construction — partly in response to this organizing — abolitionists have turned their focus to the county level as well.

Similar examples of abolitionist-led fights against expanding prison and jail capacity can be found in New York, Pennsylvania, Texas, Washington, and other states around the country. In Chicago, abolitionists spearheaded a successful campaign to oust a punitive district attorney, while in Philadelphia they were central to a progressive civil rights attorney winning the district attorney primary in a landslide victory.

For more than thirty years, abolitionists have been at the forefront of the very campaigns and coalitions that Lancaster suggests the Left should be fighting for instead of abolition: parole for those convicted of violent offenses, decriminalization of drug use, sentencing reductions, better conditions for imprisoned people, an end to mass surveillance, and fewer people in prison.

Abolitionists know that most people who are incarcerated will eventually be released from prison. Thousands of people are released from prisons and jails every single day. This is not something that we have to imagine as a goal for the future. It is a reality that pushes all of us to consider what conditions will support people’s freedom once they return.

Most abolitionists trouble the concept/myth of “reentry” with an understanding that many people were marginalized from society well before their incarceration. This strengthens a commitment to ameliorate the conditions for all of those in our society who live on the periphery and beyond, before and after they are criminalized.

There are many critical questions to ask about abolitionist horizons, the traps of carceral reform, and the barriers we face to substantive change. There is an urgent need for robust debate on the Left about how to dismantle the carceral state and what will replace it. But debate must engage what exists in on-the-ground organizing rather than what exists on bumper stickers or social media.