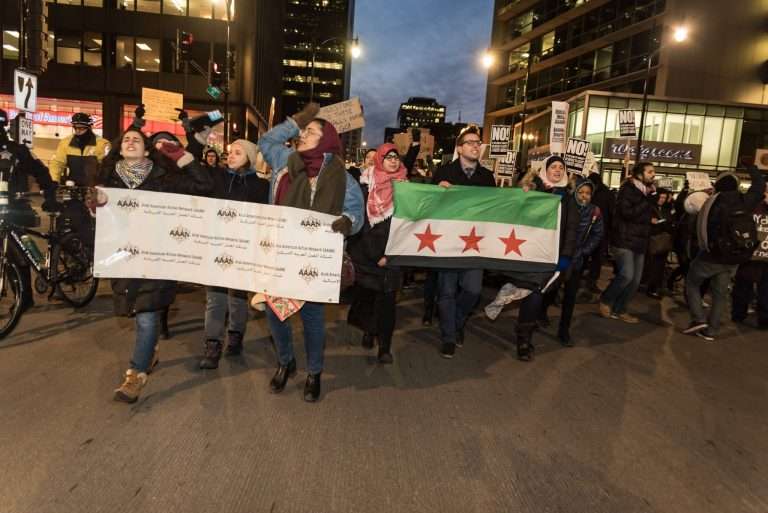 You Are Already an Abolitionist

The Trump administration has proposed its first federal budget. As expected, it promises to cut back or remove funding for environmental protection, after-school programs and the arts, while dramatically upping spending on the military, law enforcement and national security. Criticizing it for its shortsightedness and implausibility, a popular statistic cited by its opponents is that it costs more to guard Trump Tower in New York—where Trump’s wife and son live in lieu of the White House—for a year than it does to fund the National Endowment for the Arts for the same amount of time.

While the numbers of that statistic have yet to be corroborated, the point stands: The proposed budget exposes not just an imbalance in priorities on the part of those proposing it, but a personal vendetta against social services and environmental protection, designed to enrich the wealthiest at the expense of the majority. Spending on security for Trump Tower and Mar a Lago is wasteful, say opponents, and were those funds freed, they would benefit millions.

I have enjoyed hearing these arguments because, whether those making them realize it or not, they are engaging in abolitionist thinking.

When I say ‘abolition’, I am not referring (directly) to the movement of the mid 1800s, heralded by ex-slaves and white progressives, to permanently end the institution of chattel slavery. Rather, I am speaking of the modern movement to abolish the prison and police systems as the remaining vestiges of chattel slavery. This growing school of thought is heavily influenced by the original abolitionist movement, and one of its primary tenets is pulling resources from police, prisons and the military and reinvesting them into social services.

While there are jarring political shifts happening in this watershed moment, it’s notable that many of the same parties—mainly white liberals—that have called prison and police abolition impossible are now calling for the defunding of the president’s private security to bolster arts and education. These are the types of demands Black and Brown organizers have been making for decades, if not much longer.

One of the most surprising points of this argument is from where it suggests funding be cut. While Trump may be one of the most disliked new presidents in history, it’s a big deal for a swelling portion of the public to believe that security for the president is not actually that important. It would be easy to make the same arguments that are always used to halt structural shifts: ‘It’s a matter of national security’; ‘Protecting the First Family has to be a priority’; ‘Spending these resources shields us from the possibility of greater catastrophe.’ Yet, the extreme ludicrousness of the Trump budget is opening up more eyes to something that those on the margins have long understood: ‘Safety’ is never the true goal of security or militarism, but is always a con meant to protect the interests of power. True safety comes not from amassing weaponry, but from sharing resources.

Last summer, while working as a camp counselor during the week that Alton Sterling and Philando Castle were both shot by law enforcement, I ended up sitting down with a group of almost entirely wealthy, white elementary-aged kids to talk about the police. One of the questions we asked ourselves was why there was so much violence in certain parts of our city, namely on the South and West sides, and not in others. One student suggested that maybe it was because there weren’t enough police to protect those neighborhoods.

We sat on the floor of an arts studio in Lincoln Square, a majority white and very wealthy neighborhood on the North side, in which many of the students lived. I asked them how often, when walking to camp, they had seen police cars patrolling the neighborhood, or stopping people on the street. Almost none of them had. I admitted that I hadn’t, either.

“If there are so few police in this neighborhood,” I asked, “why do we feel safe here?”

It took a moment for the young people to think it through, but they got there on their own: Resources. There was low crime in Lincoln Square because most people there had places to live and good food to eat. There were lots of stores and restaurants, and people could afford to shop and dine there. There were quality schools, libraries, parks and after-school programs, many of them within walking distance from one another. It was access to the basic things people needed, not the presence of police, that made its residents feel secure.

I could have cited the annual city budget, nearly 40% of which is allotted to the Chicago Police Department, compared to around 1% for Chicago Public Schools. (No, that’s not a typo.) I could have explained that police keep Lincoln Square safe not by patrolling it, but by containing poverty, homelessness and mental illness in other parts of the city. But those truths were not necessary in that moment. What was needed was to help those young people see what many more people of privilege are learning to see: That they already have a clear vision of a world without prisons and police. It’s the expansion of that vision which can provide real healing for the US’ legacies of violence—in which the police and prison systems are squarely entrenched—and create safety for our cities in their entirety, not just their wealthy, white parts.

The same principle is at play when another privileged person, or their offspring, are let off for committing an unspeakable act of violence, while there are hundreds of thousands of poor, Black and Brown people sitting in prison for doing much less. When a Massachusetts judge recently failed to sentence 18-year-old white athlete David Becker to any jail time for sexually assaulting two women, he said that two years in prison “…would have destroyed this kid’s life.” This, too, is abolitionist thinking. The injustice is not merely that David Becker didn’t go to jail, but that, assuredly, that same judge did sentence countless Black and Brown young people for drug possession or carrying unlicensed weapons, knowing full well he was ruining their lives.

We must ask not simply why Becker didn’t go to jail, but why so many others have, when it is common knowledge on the part of its keepers that prison doesn’t transform, but merely destroys. We must ask why we continue to use jail time as a response to sexual assault, when the prison system itself relies on sexual violence to intimidate and humiliate the incarcerated, especially when they are women, trans, queer and femme.

This is not to belittle the violence committed by David Becker, or other people of privilege that have evaded incarceration. Abolition asks us to imagine accountability outside of the systems that perpetuate violence, often by inflicting the same harm on perpetrators for which they are being punished. If the wealthy know prison is not what is needed to hold their children accountable, why have they decided it is suited for the children of the poor? If they can survive in a world without prisons, why can’t everyone else?

Abolition teaches us to transform our reactions to individual traumatic events into codified political commitments. There is no more salient time than now for us to do so. If we oppose mass deportation under Trump, we must ask ourselves why we didn’t speak up when Obama deported more people than any other president in US history. If we oppose Betsy Devos’ plans for public education, we must ask ourselves why we didn’t resist the same policies when they were instituted by Arne Duncan, Rahm Emanuel, when they only targeted Black and Brown districts, instead of the entire Department of Education. If we find Trump’s anti-Muslim rhetoric heinous, we must examine how Islamophobia has consistently been used by those in power over the last several decades to justify militarization and invasion across the globe.

If we only oppose bans, only oppose bills, only oppose the individual politicians proposing them, we risk the likelihood of allowing the exact same measures to pass in the future when friendlier faces are pushing them through. Abolition means transforming our desires for change into a commitment to long-term, structural reimaginings. It means understanding that we must terminate, not beautify, the institutions that only cause harm.

A perfect example of these commitments in action is the #DefyDefendExpandcampaign, spearheaded by Mijente and Black Youth Project 100. It’s a platform which seeks to harness the energy around the sanctuary movement, shaping it into a radical fight against deportation, criminalization and the departments which depend on them. By expanding the idea of what sanctuary means, organizers haven’t just created a larger audience for their message, and a wider base of communities with which to organize. They have dramatically shifted the conversation around sanctuary to one not of saviorism, but of resistance and abolition. Sanctuary, they state, is only truly possible when there is no fear of deportation—which logically means the abolition of ICE, of borders, and of all criminalization. This is the philosophy every one of our actions must adopt.

In a pertinent teach-in on the underground railroad held last month in Chicago, facilitator Mariame Kaba laid out the radicalizing impacts of the Fugitive Slave Act of 1850. Up until its passing, free Black people largely sided with white liberals on the question of slavery, opposing it morally but falling on a wide spectrum of opinions around the institution’s reform. The 1850 act made it so that escaped slaves were no longer the lost property of their individual masters, but could be put under arrest by any white citizen–effectively making all white people into cops, and placing all Black people–free or not–in danger of incarceration.

This created a dramatic shift, both in Black solidarity and the abolitionist movement. Free Black people could no longer imagine themselves as separate from slaves, as safe from institutional racism by virtue of their class status. Black freedom would necessarily mean opposing the institution of slavery at its core, which meant fighting for its immediate—and not gradual—abolition.

We are experiencing another moment just like that one, of polarization, but also of clarity. Those whose distance from the front lines made it possible to deny their harshness, whose privilege allowed them the luxury of nuance, are now realizing there are clear sides drawn, and the time has come to pick one. We can strengthen our borders, or we can open them. We can ban Muslims, or we can finally identify the true sources of global terror. We can continue to rely on prisons to absorb the costs of our social irresponsibility, or we can equitably fund public schools, affordable housing, free mental health services, universal healthcare.

The fear of a restructured world is merely the fear of change. For, in reality, police- and prison-free zones already exist—just as a world without borders, unbridled mobility, total removal from violence, and unlimited resources, is already real. The problem is this world is only real for transnational corporations, the warmongers, the elite.

Becoming an abolitionist (or acknowledging that you already are one) means demanding that this vision of our world be made real for all.

Special thanks to Iliana Figueroa